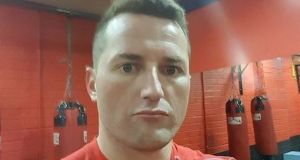 While originally from Dublin’s northside, Robbie Lawlor had an address in Laytown, Co Meath.

Gardaí investigating a gangland feud in Drogheda, Co Louth, are fearful the suspected involvement of Dublin and Limerick armed gangs in the dispute will make it even more difficult to bring under control.

Associates of the McCarthy-Dundon gang’s leaders in Limerick are suspected of assisting in the murder of Robbie Lawlor in Belfast last Saturday morning despite having travelled to the city with him that day.

Gardaí and the PSNI are trying to establish if those men agreed to travel to Belfast with Lawlor to help him collect a drugs debt but were secretly working to set him up to be shot dead in the city.

Three men, at least two of whom are from Limerick and one of their associates, were arrested in Belfast shortly after the murder. They were released unconditionally on Tuesday evening.

A fourth man who was arrested as part of the Lawlor murder investigation was released from custody in Belfast without charge on Monday. Lawlor (35) was a drug dealer and a suspect for several gangland murders.

While originally from Dublin’s northside, he had an address in Laytown, Co Meath, and was seen as one of the most dangerous criminals involved in a feud between two rival drugs gangs based mainly in Drogheda.

Lawlor’s brother-in-law Richard Carberry (39) was shot dead last November outside his family home in Bettystown, Co Meath. That attack was part of the Drogheda feud.

When Drogheda teenager Keane Mulready-Woods (17) went missing from the Co Louth town earlier this year, before being murdered and dismembered, Lawlor emerged as a main suspect for that killing.

Gardaí and the PSNI now suspect Lawlor’s murder in Belfast on Saturday was part of the Drogheda feud.

One line of inquiry by the PSNI and Garda is that associates of the McCarthy-Dundon gang agreed to travel to Belfast with Lawlor on the pretence of collecting a sum of money that was owed to Lawlor by a Belfast-based criminal.

However, gardaí suspect the McCarthy-Dundon associates were secretly working with Lawlor’s rivals in the Drogheda feud and set him up to be murdered in Belfast as part of that feud.

As the murder inquiry into the fatal shooting of Lawlor on Etna Drive, in Ardoyne, just before noon on Saturday was continuing, on Monday gardaí arrested two women in Co Laois.

They were found with approximately €50,000 in cash that gardaí believe had been collected by the women at a service station on the M7. The women were travelling back to Limerick when they were stopped and the money was found in their car.

The women, who are from Limerick and are in their 20s and 30s, were questioned at Portlaoise Garda station before their release without charge on Tuesday.

Investigations into the origins of the money were continuing but gardaí suspect it may have been a payment to the Limerick criminals for their role in aiding the murder of Lawlor and that the women were acting as couriers in collecting the cash.

Gardaí are concerned that the McCarthy-Dundon gang is now effectively involved in the Drogheda feud following the events of last Saturday.

The gang was embroiled in a decade-long feud in Limerick which began with the murder of Kieran Keane in the city in 2002, and many of its leading figures were jailed for life for different feud-related murders. However, one of the men arrested in Belfast on Saturday has emerged as a senior member in what remains of the McCarthy-Dundon gang.

Robbie Lawlor was also at odds with a significant criminal figure from a middle-class suburb of Dublin who is a suspect for a number of gangland killings in the city. Gardaí believe that figure will continue to align himself with one of the Drogheda gangs in its ongoing feud against Lawlor’s associates in Drogheda and the northeast.