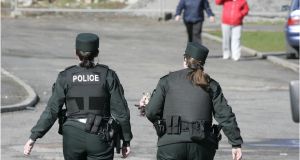 A man is being questioned by police in Belfast as part of an ongoing investigation into dissident republican terrorist activity.

Detectives from Serious Crime Branch arrested the 36-year-old in the Newry area on Sunday morning and took him to Musgrave Police Station serious crime suite for questioning.

A PSNI spokesman said a property was also searched as part of the investigation.

A 35-year-old man arrested in west Belfast on Saturday has been released unconditionally.

Meanwhile, a security alert on the railway line in Lurgan has been lifted.

Trains were stopped following a report that that a device had been left on the line. Police said nothing was found following a check of the line.