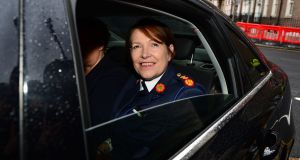 She will take up a role as director of strategic partnerships for Europe with the International Association of Chiefs of Police (IACP) later this year.

The organisation has members in some 150 countries and represents international policing interests, conducts research and seeks to foster best-practice policing. It also seeks to foster understanding around the challenges facing policing in order to improve relations between officers and communities.

The IACP confirmed the appointment in a statement to The Irish Times on Thursday night. It described the creation of Ms O’Sullivan’s role as “an instrumental step by the association to further expand its global reach and representation”.

The organisation, based in Alexandria, Virginia, said it was delighted to add Ms O’Sullivan and her more than 30 years of experience to its team. The IACP said she had “shown an unwavering commitment to the law enforcement profession, and will be a great asset to the association and the global profession”.

It is the first time the organisation will have a staff member outside the US with Ms O’Sullivan expected to be based in Ireland. It was not immediately clear if she would start the job before appearing next month at the Charleton tribunal, which is examining allegations that whistleblower Sgt Maurice McCabe was the subject of an orchestrated smear campaign.

Supt Dave Taylor, the former head of the Garda press office, has alleged the campaign was orchestrated from Garda headquarters and he claims Ms O’Sullivan was aware of it. She has strenuously denied that allegation.

She stood down without notice last month amid mounting pressure over the slow rate of reform in the Garda.