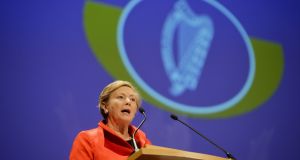 New laws criminalising the purchase of sex and introducing new offences relating to the sexual exploitation of children will take effect from Monday.

The legislation, which generated controversy during its passage through the Oireachtas, was passed last month.

In particular the Act introduces a specific offence relating to the use of information and communications technology to facilitate the sexual exploitation of a child.

The offence covered the sending of sexually explicit material to a child and thereby targeted online sexual grooming of children, the Minister said.

But the legislation also recognised the reality of under age, consensual, peer relationships through the introduction of a ‘proximity of age’ defence, the Minister said.

The Act also introduces a statutory definition of consent to a sexual act.

Ms Fitzgerald said the provisions, which will take effect from Monday, would also target the demand for prostitution.

“I am absolutely convinced that this is key in targeting the wider exploitation associated with prostitution, including the trafficking of persons for the purpose of prostitution,” she said.

“This Act identifies those most vulnerable to sexual exploitation and it targets those who take advantage of that vulnerability.”

Chief executive of the Irish Society for the Prevention of Cruelty to Children Grainia Long said it was “a milestone for the protection of children and young people in Ireland”.

While the commencement of the legislation was welcome, it must be coupled with sufficient supports, treatment programmes, adequate sentencing and post-release supervision to ensure that children were better protected, she added.

The Turn Off the Red Light campaign, a coalition of about 70 organisations supporting the legislation, said it was “a historic day, ushering in a new dawn of protection for the hundreds sexually exploited in prostitution”.

Chair of the organisation Denise Charlton said the introduction of the new laws meant that for the first time “those involved in prostitution will no longer be criminalised by the law but instead protected by it”.

Amnesty International Ireland said during the debate on the legislation, however, that its research had highlighted the dangers of criminalising any aspect of consensual sex work, as evidenced from Argentina, Hong Kong, Norway, and Papua New Guinea.

Executive director of Amnesty Ireland, Colm O’Gorman, said last month the Norway evidence showed that “criminalising the purchase of sex does not fulfil its intended purpose of reducing prostitution and, more importantly, is not an effective way to protect sex workers”.

HIV Ireland, an advocacy group for people living with HIV, said it advised strongly against the measure and that it went against the expert opinion of the World Health Organisation and UNAIDS.

The Sex Workers Alliance Ireland said international evidence had shown that the type of law proposed had “harmful and even fatal consequences for the very people it is designed to protect”.

The organisation urged any sex workers seeking information or concerned about their rights under the new legislation to contact it at info@swai.eu