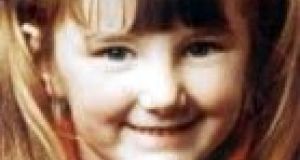 The twin sister of Mary Boyle (6), who went missing in Donegal 39 years ago, has presented Fianna Fáil leader Micheál Martin “evidence” that a politician orchestrated a ‘cover up’ in the case.

Ann Doherty had a two-hour meeting with Mr Martin at Leinster House on Tuesday during which she called on him to initiate a Dáil debate on the Garda investigation in the case, and asked him to support her demand that an inquest be held into her sister’s death.

Mary Boyle went missing on March 18th, 1977 from the family farmland near Ballyshannon, Co Donegal. Ms Doherty believes her sister was sexually assaulted and murdered and that the man who killed her was protected by the authorities.

O’Doherty said they presented evidence to Mr Martin that a politician sought to intervene in the case.

Ms Doherty said Mr Martin told her the appropriate place to bring the allegations was the gardaí. “But we have no faith in the Garda. You wonder what you have to do to get justice in this country,” she said.

Ms Doherty has met public representatives in Stormont, Westminster, Brussels and Washington DC seeking their support for her campaign.

Separately, her solicitor, Daragh Mackin of Kevin Winters in Belfast, has written to Minister for Justice Frances Fitzgerald calling on her to confirm that the Donegal coroner, Dr Denis McCauley, should convene an “inquest touching upon the death of...Mary Boyle”.

Mr Mackin reiterates Ms Doherty’s concern about alleged political interference in the original Garda investigation and her request that a commission of investigation be convened.

“Failure to respond substantively will result in the instigation of judicial review proceedings without further notice in which we will seek an order to compel the Minister to make a decision,” says the letter.

A Fianna Fáil statement said: “Very serious claims of wrongdoing are being made against named individuals and these claims need to be thoroughly investigated by the appropriate authorities.

“All of the claims made to Deputy Martin have been forwarded to An Garda Siochána and the Garda Ombudsman and at today’s meeting he encouraged everyone with any knowledge of the case to ensure that all information and potential evidence in their possession also be forwarded to the proper investigative authorities.”

Areas advised to ‘stop everything’ as Storm Jorge hits Ireland 07:23
Storm Jorge set to bring flooding, falling trees and power outages 02:00
Shane Ross: ‘I lost a friendship with Mattie McGrath completely. He got totally personal’ 01:57
Coronavirus outbreak: WHO raises risk warning to ‘very high’ 01:05
Fianna Fáil and Fine Gael fear they are in a lose-lose scenario 01:00