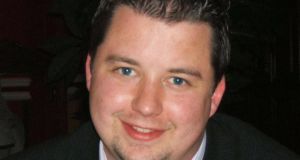 The family of Michael Dwyer has formally presented its request for an international inquiry into his death at the hands of Bolivian police to senior officials of the Andean country. Photograph: PA

The family of Michael Dwyer has formally presented its request for an international inquiry into his death at the hands of Bolivian police to senior officials of the Andean country.

Accompanied by Irish and EU diplomats, Caroline Dwyer and her daughter Aisling met for almost two hours with the vice-ministers of Bolivia’s foreign, justice and interior ministries in the capital La Paz on Tuesday afternoon.

During the encounter they stated their concerns about the ballistic and autopsy reports carried out in Bolivia after the police raid on a hotel in the eastern city of Santa Cruz in which Dwyer and two other men were killed in April 2009 and raised questions about the handling of evidence which authorities say shows he died in an armed confrontation.

Bolivia’s government claims Dwyer was part of an opposition terrorist group. But the family rejects that and has gathered its own evidence that it says points instead to their son’s summary execution.

The vice-ministers told the Dwyers the trial of two men arrested during the hotel raid on terrorism charges, along with 37 Bolivians many of whom are linked to the country’s political opposition, must first conclude but that afterwards were open to another “process” without agreeing specifically to an international inquiry.

At the meeting the officials offered the Dwyers condolences for their son’s death. Speaking after her return to Santa Cruz , Mrs Dwyer said she left the meeting feeling she “had said everything I had to say” and reiterated her conviction that her son was not involved in Bolivian politics. “I told them Michael was just a kid recently out of college and that none of this makes sense,” she said.

The meeting achieved one of the principal objectives of the family’s trip as Bolivia’s government has always said it has not facilitated an outside investigation because it has never received a formal request from one from the families of the three men killed in the hotel raid.

Originally Bolivian authorities had only offered dates to meet the family members after they ended their five-day trip to the country. But they agreed to receive them this week following intensive lobbying efforts by Irish and EU diplomats.

While in La Paz they also met with Denis Racicot, the representative in Bolivia of the Office of the UN High Commissioner for Human Rights as well as the honorary consul general of Hungary. Three of the men in the hotel with Dwyer held Hungarian citizenship. Eduardo Rozsa-Flores and Arpad Magyarosi were also killed in the police raid while Elod Toaso is one of those currently on trial in Santa Cruz.

Before leaving Bolivia the Dwyers are to hold a number of meetings in Santa Cruz with people connected with the case including a private encounter with Santa Cruz’s retired cardinal Julio Terrazas Sandoval.

It was a bomb attack on his residence that authorities used to justify the police raid in which Dwyer was killed. But subsequent evidence has cast severe doubt on official claims that the group Dwyer was with was responsible for the attack, with witnesses instead claiming that senior police officers who led the hotel raid carried it out.