Man who killed Jastine Valdez shrugged before being shot by gardaí, inquest told

Mark Hennessy used knife to inflict injuries to his wrist before being shot, witness says 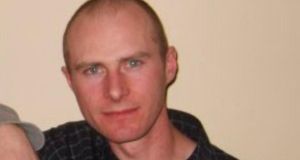 Mark Hennessy took his hands from the steering wheel and shrugged his shoulders before he was shot by gardaí, an inquest into his death heard.

The 40-year-old, who abducted and killed 24-year-old student Jastine Valdez from Enniskerry, Co Wicklow, used a knife to inflict injuries to his wrist and neck moments before he was shot shortly after 8pm on May 20th, 2018 at Cherrywood Business Park.

A uniformed garda in an unmarked car, Garda C, told Dublin Coroner’s Court he kicked the car in a bid to gain access as he witnessed Mark Hennessy insert a Stanley knife into his forearm.

The manoeuvre, described in court as an “impressive karate kick” failed to break the driver’s window and just 3.3 seconds later, the fatal shot was fired.

The shot was discharged by Garda A, the most senior of the three gardaí at the scene.

Mark Hennessy slumped over the passenger seat. He was removed from the car and placed on the ground as gardaí searched the vehicle for the missing Filipina student. The only item found was a bottle of Jack Daniels.

The two unmarked Garda cars involved were conducting searches of car parks and lay-bys within a five-mile radius of Bray in the search for Jastine, who had been abducted 24 hours earlier.

They were directed in to the car park, to Mark Hennessy’s vehicle by Christine Connolly, who recognised the registration after reading a news item and called 999.

Mr Hennessy was behind the wheel as gardaí approached, his window was down, he was moving slowly.

“My sole intention was to get him out of the car, with no access to be able to drive it away from us.

“My first attempt was to open the door, which was locked. Immediately on trying the door and looking in, I saw him hold up the Stanley knife. He was looking straight at me and the knife went into the forearm,” Garda C said.

“My instinct was to put the boot to the vehicle, he was self-harming right in front of me, and it was purely instinctual to kick the window.

“I heard a crack from the firearm and could see a hole in the window and Mr Hennessy slumping over in the vehicle.”

Garda C took the key fob from the ignition and used it to unlock the car.

He put out a radio message, seeking urgent assistance noting that shots had been fired by gardaí.

Garda C was the observer in a vehicle driven by his colleague, Garda B. Garda A was the sole occupant of the second unmarked car at the scene.

Three members of the Civil Defence watched the events from their truck. They had blocked off the entrance to the car park after Mark Hennessy drove in. They moved their vehicle to the front of the Nissan Qashqai.

All three had received a text at 5.05pm that evening requesting assistance in the search for Jastine Valdez.

Volunteer James Magee said he had an unobstructed view of events.

“He [Mark Hennessy] took his hands off the wheel and made a shrug motion. Possibly at us, possibly at gardaí,” he said.

“I recall the gardaí were trying to open the door, they were shouting ‘open the door’ and another voice said smash the window. I saw a garda raise a karate kick at the driver’s window but it did not break. The driver looked as if he knew everything was over for him,” Mr Magee said.

“He took a blade, about 10cm and cut from his left wrist to elbow in one single slicing motion.”

He saw one of the gardaí approach the driver’s side door.

“He was about a yard or two away when he was taking the gun out of his holster.”

Mr Magee saw the garda raise a revolver to shoulder height and fire through the window.

He said the time between the arrival of gardaí at the scene and the discharge of the firearm was four to five minutes.

Hennessy was pronounced dead at the scene at 8.38pm.

Senior Investigating Officer Det Supt Frank Heeneghan said he took the decision to issue the registration of the Nissan Qashqai at a press conference three hours earlier at 5.30pm. It was this information, published in the media, which led Christine Connolly to recognise the registration of the Nissan Qashqai, follow the car driven by Mark Hennessy and alert emergency services to his location.

“Every available car, jeep, whatever we had we deployed in the hope of recovering Jastine,” Det Supt Keeneghan said.

The inquest was adjourned until Wednesday to hear further evidence.