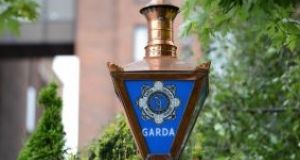 The area where the men were stopped and arrested is close to the homes of many of the Hutch family and their associates.

A man is his 20s remained in custody on Monday following his arrest last week after the discovery of a firearm in Dublin’s north inner city. A second man, who was also arrested on Friday, was released on Sunday night without charge.

Detectives are working on the assumption a member of the Hutch family or one of their associates was about to be targeted as part of the Kinahan-Hutch feud. Gardaí believe they foiled a planned gun murder just minutes before it was due to take place in Dublin’s north inner city.

Both men, who are Dubliners in their 20s, were questioned over the weekend after they were detained when gardaí became suspicious of the vehicle they were travelling in.

The men were stopped and searches of two vehicles yielded a loaded Glock handgun. Also found were balaclavas and a container of petrol; the latter suggesting a plan to burn a vehicle.

One of two men arrested is closely linked to the Kinahan faction. However, because he and his extended family are from the north inner city where the Hutch faction is based, his arrest creates an added security risk in the area.

That suspect was on bail in relation to a serious criminal matter, though not feud related.

At about 10pm on Friday armed gardaí conducting a checkpoint on North Strand, Dublin 3, stopped a motorbike. While they were speaking to the driver they became suspicious of a car that appeared to turn away from the checkpoint.

It was pursued, stopped and searched. Another car close to where the two suspects stopped was also searched and the firearm was found.

The two suspects were arrested and taken to Mountjoy Garda station under Section 30 of the Offences Against the State Act.

The area where the men were stopped and arrested is close to the homes of many of the Hutch family and their associates who have been warned their lives are at risk as part of the feud.