Man hospitalised after being stabbed in Dublin city 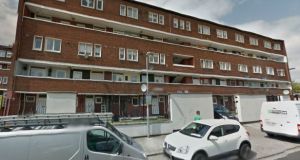 A man has been hospitalised after being stabbed during an attack in Dublin city.

Gardaí confirmed that a 19-year old man had been stabbed at a property at Kevin Barry House on Coleraine Street in Dublin 7.

He was brought to the Mater hospital where gardaí said the extent of his condition was unknown.