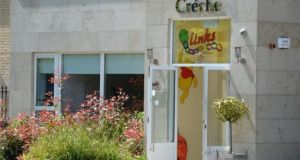 The Child and Family Agency has brought 24 charges in relation to a Dublin creche featured in an RTÉ investigative programme last year.

The District Court was told this morning of 24 summonses in relation to Links Childcare of Abington Wood, Swords Road in Malahide, Co Dublin, and its director, Deirdre Kelly of St Olaves, Kinsealy, Co Dublin.

David McCoy, for the agency, told Judge John O’Neill that four summonses were against Ms Kelly and related to breaches of record-keeping and Garda vetting. A further four were against the Links Creche and Montessori Limited.

These summonses, which allege a failure to prevent breaches of pre-school regulations and the Childcare Act, were brought on foot of 40 hours of footage provided to the agency by RTÉ.

The maximum penalty for each charge is a € 1,300 fine, but creche directors found guilty of breaches under the act may also be barred from running childcare facilities for a period of time.

The RTÉ Primetime programme, A Breach of Trust, reported on the care of children in three creches and aired in May 2013.

Mr McCoy, for the agency, said the book of evidence was at a “very advanced stage.”

Defence counsel sought a disclosure order for the footage. Judge O’Neill granted this by consent, requiring the agency to provide the footage by October 31st.

The case was adjourned for mention on November 18th.