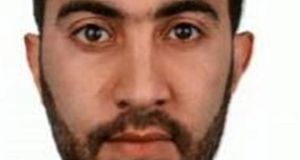 Rachid Redouane: it is understood the results of a Garda investigation strongly suggest he had not been radicalised at the time he was living in Dublin. Photograph: London Metroplitan Police

An Islamic State terrorist shot dead by police in June in the London Bridge attack, and who was subsequently found to have lived in Ireland at one stage, had not been in the Republic for two years, according to Garda Commissioner Noírín O’Sullivan.

She said the Irish network of Rachid Redouane (30) had been investigated and showed no signs of any terrorist links.

Although she did not give details, it is understood the results of the Garda investigation since the attack six weeks ago strongly suggest Redouane had not been radicalised at the time he was living in Dublin.

Ms O’Sullivan said the Garda had worked rapidly and seamlessly with the British authorities in investigating Redouane and his activities in Ireland.

“Even though there was some speculation about a terror network operating here, very quickly we were able to establish that that in fact was not the case,” she said.

Ms O’Sullivan dismissed any suggestion Redouane had received or been offered logistical assistance in Ireland.

“If fact, we established he had not even been here since 2015, despite some of the speculation,” she said.

The attack occurred on Friday, June 3rd, near London Bridge. Eight people were stabbed to death and 48 were injured before the police shot dead the three attackers.

It soon emerged Redouane, a pastry chef who claimed to be Algerian and Libyan, had lived in Dublin for a time, with addresses in Rathmines and Glasnevin.

He married his British wife while living here, a move that enabled him to stay in the UK despite his asylum application having been refused by the British authorities.