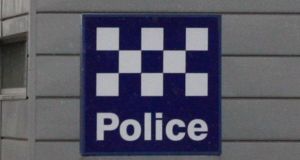 Western Australia’s major crime squad was called in to investigate the death and charged the woman. Concealing the birth of a child carries a maximum penalty of two years in jail. Photograph: Reuters

An Irish woman travelling in outback Australia has been charged with hiding the body of her newborn.

The backpacker (25), was charged with “concealing the birth of a child that died before or after birth”, police in Western Australia said.

The woman had been travelling in the remote Kimberley region with friends and had not realised she was pregnant, it has been reported.

The case has been revealed after the woman appeared in court in Kununurra.

She gave birth in May, while alone in the town of Halls Creek.

It is alleged the Irish woman hid the newborn and did not tell her friends what had happened until days later.

Her friends then took her to a hospital, where staff notified police.

Western Australia’s major crime squad was called in to investigate the death and charged the woman.

Concealing the birth of a child carries a maximum penalty of two years in jail.

Linda Black, president of the criminal lawyers association, said it was an unusual situation.

“It’s a charge that seems to be fairly rarely used,” she told ABC radio.

“I can’t recall the last time I heard of anyone being charged with this.”

Ms Black said laws requiring births to be reported regardless of the circumstances are common.

“It’s a charge that’s certainly not unique to Western Australia,” she said.

“Without wanting to trivialise it, we just can’t have people storing dead bodies all over the place without it being brought to the attention of the authorities and dealt with in a proper and formal way, so I think there’s a strong public policy behind it.”

Police in Western Australia are reportedly allowed some discretion in cases of stillbirths.

“The police need to ask themselves two questions before they charge someone,” said Ms Black.

“First, is there a reasonable prospect of conviction; and second, is it in the public interest for us to charge them - and that requires them to weigh up a whole degree of factors.”

The case has been referred to another court in Western Australia’s capital, Perth.

The Irish woman is due to appear there later this year and has to remain in Perth while the case proceeds.