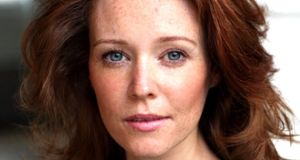 Aoife Madden: pleaded guilty to two counts of conspiracy to cheat the public revenue. Yesterday she was sentenced to four years and eight months in jail

Five people, including Newry-born actor Aoife Madden, have been jailed in London for an “extraordinary” tax fraud, where they tried to claim up to £3 million in tax breaks for a film they never intended to make.

Once a girlfriend of BBC presenter Chris Evans, Madden (32), who had pleaded guilty to two counts of conspiracy to cheat the public revenue, was yesterday sentenced at Southwark Crown Court to four years and eight months in jail.

Madden is a niece of Sinn Féin MP Conor Murphy.

The group successfully claimed £1.5 million in film tax breaks after they said they intended to make a film titled Landscape of Lives with a £19 million budget, funded by Jordanian backers.

Once they were arrested two years ago, the five hurriedly produced a film called, ironically, Landscape of Lies for just £90,000, which went on to win a Silver Ace award from last year’s Las Vegas Film Festival.

The film, which starred former EastEnders actor Marc Bannerman and Andrea McClean, told the story of a former British soldier’s attempts to discover the truth behind his friend’s murder in an apparent mugging.

Before suspicions had been aroused, Madden’s London film company, Evolved Pictures, told revenue and customs that millions had been spent on Hollywood A-list actors and film crew when it lodged a value added tax repayment application for £1.48 million. It received more than £1 million.

“However, during checks, HMRC found that the work had not been done and most of the so-called suppliers and film studios had never heard of the gang,” Revenue said last night.

It added that Evolved had subsequently claimed £256,000 worth of tax credits.

John Pointing, Revenue’s assistant director of criminal investigation, said: “This gang thought they could exploit rules for genuine British filmmakers and thieve from the public purse for their own gain. They were wrong.

Madden had claimed that she was related to the Irish actor Sinéad Cusack – with fake accounts declaring that Cusack had been paid over £500,000, along with boasting that she could get Cusack’s actor husband, Jeremy Irons, involved.

Sue Patten, head of fraud at the Crown Prosecution Service, said the five had produced “an extraordinary scheme created to attack the public purse” and that they had “big plans” to secure a £3 million tax break before they were caught.

During the trial, Rebecca Chalkley, prosecuting, accepted that Madden had intended at the beginning to make a film. “There came a point, however, when that changed. This was not a film production. It was a charade.”

Her co-accused, Bashar al- Issa was jailed for six years and six months; Tariq Hassan for four years; Ian Sherwood received a 3½-sentence for one count of conspiracy to cheat the public revenue, while Osama al-Baghdady faces four years behind bars.

Ms Chalkley said Issa had been the creator of the fraud, setting up the string of fake companies with Hassan, Sherwood and Jordanian businessman al-Baghdady needed to back up the tax relief claims.

Madden won a major role, and great reviews, in the Royal Shakespeare Company ’s performance of Martin McDonagh’s The Lieutenant of Inishmore , along with a West End credit alongside Hollywood star Holly Hunter.