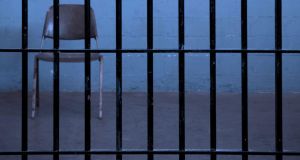 In the wake of Brexit, roughly one-third of all extradition requests made by the UK will be refused because of its withdrawal from the European Arrest Warrant, according to barrister Anthony Hanrahan.

There is no barrier to Ireland agreeing to a bilateral arrangement to extradite criminal suspects to and from the UK following Brexit, a conference has heard.

The operation of the European Arrest Warrant (EAW) – which allows the speedy transfer of suspects between EU countries for trial or imprisonment – is one of the many areas of judicial co-operation which will cease in the event of a hard Brexit in March.

If the UK’s participation in the EAW system ceases, the UK authorities will be unable to extradite large numbers of accused people who have fled to other EU countries. This is because 13 EU countries have constitutions forbidding the extradition of their citizens.

At the introduction of the warrant in 2004, these countries changed their constitutions to allow suspects to be transferred to other EU countries but not “third countries” as the UK will become.

UK Brexit negotiators want to remain in the system post-Brexit but this has been rejected by the EU.

In the wake of Brexit, roughly one-third of all extradition requests made by the UK will be refused because of its withdrawal from the EAW, according to barrister Anthony Hanrahan, co-author of the book The European Arrest Warrant in Ireland.

Speaking at a conference in Dublin organised by SAR Consultancy examining the security impacts of Brexit, Mr Hanrahan said that while withdrawal will pose significant problems for the UK, Ireland should be relatively unaffected as long as it can put in place a bilateral arrangement.

There are no legal barriers to making such a deal outside of the EU and the process would be made easier as Ireland does not have a constitutional bar on extraditing its own citizens, he noted.

Before the EAW system was introduced, extradition requests between Ireland and the UK were handled under a 1957 bilateral arrangement.

This arrangement contains an exception for political crimes which lead to the Irish courts refusing to extradite several paramilitaries to the UK for alleged offences committed there, including murder.

Mr Hanrahan said it would be “unimaginable” that any replacement deal would contain the “political offences” exception.

Pro-Brexit campaigners have argued Norway and Iceland, both non-EU countries, are part of the EAW and provide a blueprint for the UK’s membership.

Mr Hanrahan pointed out this ignores the fact negotiations with those countries for membership started in 2006 and only concluded in 2014. They have still not fully joined the system, he said.

He noted lawyers have started raising Brexit in arguments before Irish courts including in extradition cases.

This year, the Supreme Court asked the Court of Justice of the European Union (CJEU) whether extraditing a defendant accused of murder, arson and rape to the UK was permissible in light of its looming withdrawal from the EU.

The CJEU ruled extradition to the UK should continue at least until the moment Brexit occurs. It is thought the ruling affected about 20 similar cases.