Geraldine Kriégel: Existing without murdered Ana 'a misery' to be endured for life

Victim impact statement by Ana Kriégel’s mother tells of ‘the panic, the dread, the agonising wait’ 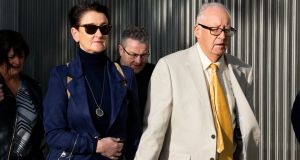 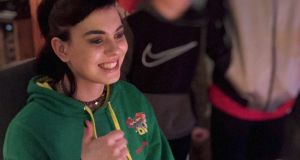 Ana Kriégel. No one could suspect ‘the evil that lay in wait’ for her that day, her mother said. ‘She wanted to live but she was not permitted to do that.’ Photograph: Family Handout/RTÉ Prime Time/PA Wire

Ana Kriégel’s mother looked directly at the two boys sitting in the body of Court Nine yesterday as she described the “cold fear” she felt when her 14-year-old daughter did not come home.

“The cold fear we felt knowing she was in serious danger, knowing that something or someone prevented her from coming home to us. We knew she would never stay out without permission. She would never hurt us. The panic, the dread, the agonising wait, the hours that turned into days. We didn’t know where she was or what had happened to her. But somebody did.”

Geraldine Kriégel then returned her eyes to her prepared victim impact statement and continued reading, describing the loving, safe community Ana was brought into when they adopted her from Russia on August 10th, 2006, “the happiest day of their lives”.

The sentencing hearing for the now 15-year-old boys was the first time Ms Kriégel spoke publicly since giving evidence in the first days of the trial last May, when she described her frantic searches for Ana in the hours after she went missing.

Life without Ana is no longer a life, nor is it even an existence – it is a misery that we must endure for rest of our lives

Her victim impact statement focused primarily on her family’s memories of Ana and the heartbreak of never again hearing her “infectious laughter” or feeling her “warm hugs”.

She dreamed of building a hotel called “The AnaLove Hotel”. On the grounds would be a cottage for her parents to spend holidays. “Her plans, our future, shattered.”

At times Ms Kriégel’s statement also veered into unmistakable anger towards Ana’s murderers and the circumstances of her death in the “squalid hellhole” of Glenwood House.

No one could suspect “the evil that lay in wait” for Ana that day, she said. “She wanted to live but she was not permitted to do that.”

However the main thread running through the statement, which was delivered faultlessly from the witness box over the course of nine minutes, was a deep and lasting sadness.

“Life without Ana is no longer a life, nor is it even an existence – it is a misery that we must endure for rest of our lives.”

Boy A and Boy B, the names by which Ana’s murderers are known publicly, sat quietly as they listened to Ms Kriégel, with Boy A sometimes leaning across to whisper something to his mother. Both looked calm and displayed little emotion.

The hearing had been delayed several times while various reports were prepared on the boys. The court had a total of six reports before it yesterday but few details were read out.

This was to preserve the boys’ dignity, a key concern for Mr Justice Paul McDermott. He also took the unusual step of excluding all but five journalists from the courtroom. Reporters not allowed in watched proceedings by video link from an empty court upstairs.

Boy A now accepts causing Ana’s death but denies violently sexually assaulting her, the reports state. He is remorseful and does not suffer from a personality disorder or mental illness, according to his counsel.

His grandfather gave evidence the teenager wished the murder “never occurred” and described the boy as “loving, caring and kind”.

Boy B does not accept the jury verdict. He maintains he ran when he saw Boy A attacking Ana and denies helping to plan her murder. Nevertheless, he feels shame and guilt for not trying to save her, his barrister said.

Much of the hearing concerned what sentencing options are available to the court.

Case law in the area is patchy, it heard. This is only the third occasion in modern times the courts have had to sentence a minor for murder. The boys are, by some distance, the youngest people ever in the State to be convicted of the crime.

The judge was told he could impose a life term but is not obliged to do so. He could suspend a portion of the sentence but could bring the case back before him for review after a set number of years, counsel said.

The two boys have appeared in court many times since their arrest in the summer of 2018 and will have to appear at least once more. Mr Justice Paul McDermott remanded them in continuing custody until next Tuesday when he will finalise sentence.