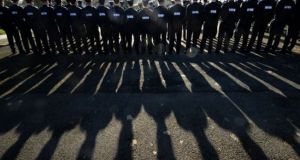 Radical new plans for An Garda Síochána will create new autonomous areas of policing across the Republic, each run by a chief superintendent with more independence than ever from Garda Headquarters.

Under the new plans the number of divisions will be cut from 28 at present to 19, which will likely meet with resistance from some local communities and politicians as many Garda stations will lose their current divisional headquarters status.

Each of the new larger 19 divisions will be run as a “mini police force” with the chief superintendents in charge of them “effectively the Garda commissioner for their own areas”, informed sources said.

The plan is set to be unveiled on Thursday by Garda Commissioner Drew Harris in Dublin.

The Garda staff associations have privately expressed concern the reforms will reduce the number of senior posts, at superintendent level and higher. Other sources complained none of the staff bodies was meaningfully consulted on the changes.

However, Mr Harris believes the reforms will flatten and streamline senior management, giving local senior officers more power and resources to command the Garda force in their division.

He has also told senior officers in talks this week the changes will result in more gardaí on the frontline and more sergeants and inspectors nationwide.

The relationship between the Garda and the public is being put front and centre of policing under the new reforms, as was recommended by the Commission on the Future of Policing in Ireland, which reported last September.

Each chief superintendent in charge of the 19 divisions will be allocated four superintendents: two for community engagement, one to run the policing of crime, and another to monitor and ensure “performance assurance” in all police work.

A civilian official will run business services in each division, including human resources, expenditure and procurement. A severance package, of at least six months’ salary, is being considered for senior officers who prefer to leave the Garda early.

Implementation of the new “operational policing model” will begin next Monday but will take up to three years to fully bed down.