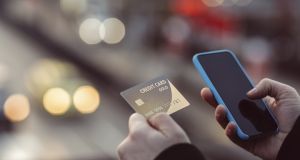 Gardaí have warned Irish consumers they could be the victims of fraud when buying any goods or services online by gangs like the Romanian network now under investigation by the Garda National Economic Crime Bureau.

In one of the frauds carried out by the gang, a man in the United States paid €47,000 online for a watch that did not exist. His cash was only retrieved when the US authorities and the Garda spotted the fraud and froze the money in the bank account it had been paid into before it was withdrawn.

Det Supt Michael Cryan of the Garda National Economic Crime Bureau said consumers in Ireland needed to be alert to what appeared to be bargain prices and also warned people never to do an “under the table” deal.

“If anyone suggests something can be paid for online in a way that doesn’t need to be declared to the tax man, and so the price drops; people shouldn’t do that,” he said.

“Once you move away from what you might call ‘recognised payment apparatus’ you are vulnerable to fraud and your consumer rights are definitely gone.

“The golden rule when buying anything is that if it’s too good to be true then it isn’t true, it’s a fraud.”

The Romanian gang targeted in raids in Dublin on Wednesday had offered phantom goods and services for sale online “to people all over the world, certainly in every EU member state”, he said.

The money being paid over by unsuspecting consumers had landed in Irish bank accounts set up using forged passports and other fake documents.

Gardaí, he said, were now receiving about 50 requests monthly from other police forces looking for help into tracing money that had gone into Irish accounts after frauds. The number of such requests was in low single digits each month only a couple of years ago, Det Supt Cryan added.

If consumers believed they had been duped, he said, they needed to report it immediately if the Garda was to have any time to identify and freeze a bank account before the proceeds of a fraud were withdrawn.

During raids in north Dublin yesterday, gardaí found equipment used to manufacture fake passports and EU national identity cards. One man’s photo featured in IDs from eight countries. That man, regarded as a key player in the Romanian gang’s frauds, was arrested at one of the houses raided yesterday.

He was detained in Finland last October, convicted of fraud offences and jailed. At the conclusion of his sentence last week, he was deported to Romania but immediately left there for Ireland. He arrived in Dublin last Friday.