The pub explosions killed 21 people in 1974, for which Michael Hayes say he accepts a ‘collective responsibility’ 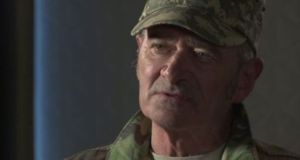 Michael Christopher Hayes has claimed he was part of the group responsible for the 1974 Birmingham bombings. Photograph: Screengrab/BBC

Gardaí have been asked to interview self-confessed IRA bomber Michael Hayes by lawyers acting for the Birmingham pub bombings inquests.

Mr Hayes (69), recently told a BBC interview that he accepted “collective responsibility” for the 1974 double bombing but did not know who planted the devices that killed 21 people.

A pre-inquest review in Birmingham on Thursday was told by lawyers for coroner Peter Thornton QC that “a request to the Irish gardaí to interview Mr Hayes” had been made.

Peter Skelton QC, counsel to the inquests, added: “We’re discussing our involvement in any interview with West Midlands Police.”

The force also confirmed in the hearing that it was “also considering an application for My Hayes to be interviewed”.

Footage of the interview has already been requested.

The news came as the campaign group Justice4the21, whose work brought about the fresh inquests, announced it was boycotting the hearings.

In a statement, campaigners said they will “no longer participate” after Mr Thornton ruled out naming alleged suspects in evidence at the inquest.

Lawyers for 10 families, in a joint statement, said they would try to crowd-fund a judicial review of the coroner’s ruling on what is known as the perpetrator issue.

The legal team representing the family of brothers Eugene and Desmond Reilly were present for the latest inquest review hearing.

He spoke of his “dismay” the other families had decided not to attend but understood why.

Mr Davis, who left Birmingham in the 1980s, “absolutely” welcomed the decision to ask An Garda Síochána to interview Mr Hayes.

He told the coroner: “It seems bizarre to me that journalists and serving MPs can track down these people and name them publicly, on TV, but the police and judiciary fail to be able to do the same thing.”

Heather Williams, barrister for the Reilly brothers’ loved ones, said her instructing solicitors had not had any advance notice of the other families’ decision not to attend.

Speaking at the hearing, which began an hour later than planned after news of the relatives’ boycott was digested, Mr Thornton said “the door will always be open”.

He added: “Clearly the inquest into the deaths of the 21 who died on November 21st, 1974 will proceed in any event.

“I have a public duty to conduct them and was appointed by the Lord Chief Justice to do so.”