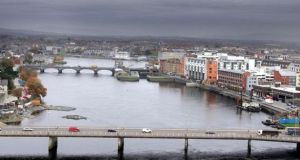 Gardaí have confirmed Limerick Council has referred the matter to them, and that a criminal investigation is underway

The claims were made by a whistleblower in a protected disclosure through a solicitor.

It is alleged substantial funds were used to pay for personal goods for at least one individual.

The council is examining whether others benefited in kind or if anyone else was aware of the alleged fraud.

Gardaí have confirmed the Council referred the matter to them, and that a criminal investigation is underway.

After news of the internal local authority investigation into the allegations were reported last Thursday, the council emailed an update to elected councillors and some officials on Friday.

That email confirms that “further to recent media reports into allegations of fraud at Limerick City and County Council”, a detailed investigation process was conducted “over the last nine months”.

“The case has now been referred to the gardaí,” it states.

It added that “a staff member has been dismissed”.

The email goes on to state that the Council executive “can confirm that the Chair of the Audit Committee was kept fully briefed on the progress of the investigation, and is satisfied that the Council, at all stages, acted in an appropriate manner in dealing with this matter.

“The executive can also confirm that the Local Government Auditor was fully briefed on the progress of the investigation.

“As the case has now been referred to the gardaí, the Council will not be commenting any further.”

The Council’s internal investigation involves an audit of its accounts stretching back several years.

A Garda spokesman said: “Gardaí have received a report from Limerick City and County Council in relation to allegations of fraud.

“Gardaí are at the very early stages of this investigation and no further information is available.”

Sources said the allegations refer to a “substantial” amount of money and relate to alleged illegal activity dating back at least “ten years”.

Meanwhile, a Council source said the matter was “a live internal investigation”.

“These are (serious) allegations and they must be investigated,” they added.

A Council spokesperson responded: “Limerick City and County Council do not comment on individual HR issues.”