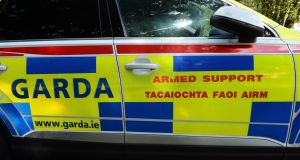 Gardaí are continuing to step up their surveillance around a group of ‘violent radicals’ based in Ireland who they believe could be linked to international terrorism. File photograph: Cyril Byrne/The Irish Times

Gardaí are continuing to step up their surveillance around a group of “violent radicals” based in Ireland who they believe could be linked to international terrorism.

The Irish Times understands that some 15 individuals, who are considered “major players” in potential terrorist acts, are being closely monitored here in the wake of last week’s terrorist attack in Manchester.

The attack which killed 22 people has sparked debate as to whether or not the State would be equipped to deal with a possible Islamic terror attack.

However, gardaí working within the Garda Racial, Intercultural and Diversity Unit say that wider relations between An Garda Síochána and the Muslim community in Ireland are “positive”.

The specialised Garda unit has quietly been building close ties with the Muslim community in Ireland for a number of years and and is in constant contact with Islamic leaders.

Garda Sgt David McInerney, who heads the diversity unit, said the vast majority of Muslims living in Ireland were law-abiding citizens but there were “certain people who are beyond reasoning” who need to be closely monitored.

Sgt McInerney said the Muslim community was quick to alert his office if it believes one of their own is being radicalised.

“We have a good relationship with Muslim followers who provide valuable information which is helping to curb the threat of Ireland being used as a hub for jihadist terrorists. In particular, the women in the community are very vocal if they become suspicious of any activity.

“They are the first to notice if a young person who may be vulnerable for whatever reason is being preyed upon as a potential target to become radicalised.

“Of course we have concerns all the time about certain members of the community. If the Muslim community are worried about people coming from different countries, they always ask us are these people okay. Are they coming from the war? So we tell them no, people are well vetted coming here and that’s the way it needs to be.

“The vetting system has to be rigorous because if not then you put the Islamic community in jeopardy here,” said Sgt McInerney.

He believes gardaí would be well equipped to deal with any future attack on Ireland.

“The private security group and the Middle Eastern section specifically target people who they believe to be extremists so to me that’s a major positive because at least you know you’re not on your own. There’s a group there who are watching the ‘major players’ and that keeps you at ease.

“In the wake of Manchester, it’s full hands-on deck at the moment and this will continue. The people who are monitored are fundamentalists who have potential to be a bigger problem. They are radicals who could become violent,” he said.