Gardaí step up investigation into man’s death in Dublin fire 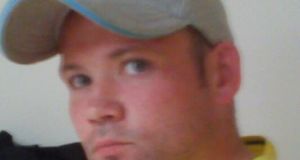 Alan Hall (45) is understood to have lived alone at the house on Bluebell Avenue in south Dublin and was receiving assistance from homeless services. Photograph: Facebook

A postmortem has been concluded on the body of a man found at the scene of a house fire in west Dublin on Monday.

He has been named locally as Alan Hall (45).

Although it is not a murder investigation, gardaí stepped up their appeal on Tuesday for further information that might help explain what led to the death.

One line of inquiry is that he may have been attacked before his death.

Mr Hall is understood to have lived alone at the house on Bluebell Avenue in west Dublin and was receiving assistance from homeless services.

The results of the postmortem examination have not been released by gardaí for operational reasons.

Mr Hall is understood to have previously worked as a butcher.

He returned to the house at some stage on Sunday but his body was only discovered the following morning after neighbours were alerted by the fire alarm.

The cause of the fire has not been released, although it is believed only smoke damage was caused. Dublin Fire Brigade attended the scene and discovered Mr Hall’s remains.

At a briefing on the case at Clondalkin Garda station on Tuesday evening, Superintendent Seamus Dalton said officers “are conducting a criminal investigation into all the circumstances” surrounding the case.

“The Garda Technical Bureau remain at the scene this evening and the scene remains preserved,” he said.

“I am appealing to anybody who was in the vicinity of Bluebell Avenue or the Old Naas Road, Dublin 12 on either the evening of Sunday the 17th of May or the morning of Monday the 18th of May to contact gardaí.”

Road users in the area who may have dash cam footage have also been requested to make that available to investigators.

Initially it appeared that Mr Hall did not live at the address but it has since been established that he did.

Gardaí have conducted searches of the area around a nearby canal and have examined the remains of a burnt out mattress found at the scene.