The seizures occurred in Dublin, Longford and Wicklow on Thursday 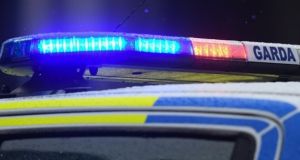 Members of the Longford/Roscommon divisional drugs unit seized approximately € 52,000 worth of drugs at farm lands in Longford on Thursday. File photograph: Getty Images

Gardaí seized almost € 2.6 million worth of drugs in three separate operations around the country on Thursday.

A man in his 20s was arrested in connection with the seizure on Friday evening. He is currently being detained in Ronanstown Garda Station under Section 2 of the Criminal Justice (Drug Trafficking) Act, 1996.

Meanwhile, members of the Longford/Roscommon divisional drugs unit seized approximately € 52,000 worth of drugs at farm lands in Longford on Thursday.

Separately, a man in his 30s has been charged in relation to the seizure of cash and drugs, and the recovery of a stolen vehicle in Bray, Co Wicklow on Thursday.

The man appeared before Bray District Court on Friday and was charged and remanded in custody. He is due to appear before Cloverhill District Court via video link on July 24th.