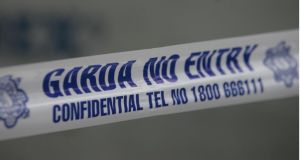 Gardaí investigating an organised crime gang in the southeast arrested four men on Wednesday following the seizure of a gun, drugs and cash.

Officers from Waterford and Kilkenny backed up by armed members of the Regional Support Unit stopped a car in Glenmore, south Kilkenny, at around 4pm and found a handgun.

Three men in the car, in their 20s and 30s and from Kilkenny and Waterford, were arrested under Section 30 of the Offences Against the State Act.

Gardaí searched a house in south Kilkenny and found an estimated €35,000 worth of what is suspected to be cocaine. They also recovered €30,000 in cash in a house in Waterford city.

A man in his 30s was arrested following the discovery of the drugs in south Kilkenny, and he is being detained under drug trafficking legislation that allows gardaí hold suspects for up to seven days.