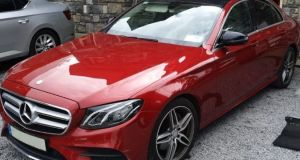 A Mercedes was among the vehicles seized by gardaí in Longford. Photograph: An Garda Síochána 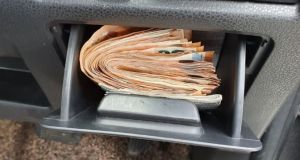 Cash amounting to €124,000 was seized. Photograph: An Garda Síochána 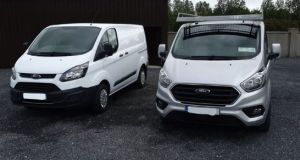 Some of the property seized by gardaí in Longford. Photograph: An Garda Síochána 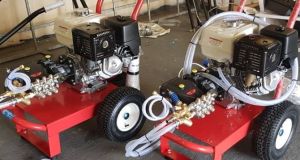 Some of the property seized by gardaí in Longford. Photograph: An Garda Síochána

A Longford family linked to organised crime has been dealt a “significant blow” after the seizure on Monday by the Criminal Assets Bureau (Cab) of cash, vehicles and jewellery worth several hundred of thousands of euro.

Cab officers joined with armed gardaí, Revenue and other agencies in the raid on 12 houses, three commercial premises and another property linked to a local crime gang involved in drug-dealing, extortion and intimidation.

Eleven vehicles, including a Mercedes, a Skoda Kodiaq, an Isuzu D-Max, a Ford Ranger, a Toyota Landcruiser and a number of light commercial vans were seized, along designer watches, handbags, footwear and €124,000 in cash.

A significant amount of documentation was seized, too, in the raids that involved 250 State officials that took months of investigation and planning, Chief Supt Tony Healy said.

No arrests were made, but up to 20 people suspected of involvement in a series of ongoing feuds in Longford, extortion, intimidation and drug dealing have been identified by An Garda Síochána.

The operation was the “culmination of a number of months of investigation”, said Chief Supt Healy, who assured people in Longford that gardaí “have the resources, the skills and the determination to see all these investigations through to the end”.

Describing the scale of the raids as “unprecedented” for the county, Supt Jim Delaney said they would have “far-reaching repercussions” for the locally-based crime gang.

“We made a promise to the people of Longford that we would be relentless in this type of criminal activity and we are showing evidence of that we are keeping our promise. This is not the end of anything.

“There will be other operations. What this does is it sends out a message that we will address criminality and are prepared to go the long road because we are resilient, we are robust, we have the professionalism to do it,” he said.