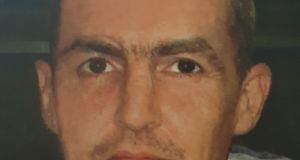 John Hannigan (48) was discovered in the hallway of his apartment complex on Grosvenor Road, Rathmines, south Dublin at approximately 6pm on January 3rd. Photograph: An Garda Síochána

Gardaí are seeking to establish if a man who died earlier this year was the victim of an assault in the hours before he was taken to hospital.

John Hannigan (48) was discovered in the hallway of his apartment complex on Grosvenor Road, Rathmines, south Dublin at approximately 6pm on January 3rd.

Emergency services attended the scene and took Mr Hannigan to St James’s Hospital, where he was treated for several weeks before he died on February 20th.

It was not immediately obvious what injuries Mr Hannigan had sustained in early January.

Gardaí investigating the unexplained death are seeking to establish if Mr Hannigan was involved in any altercation or was the subject of an attack, which could have contributed to his death.

The results of a post-mortem examination of his body are not being released by gardaí for “operational reasons,” a Garda spokeswoman said.

However, it is understood the findings of the post-mortem led gardaí to investigate if he had sustained injuries from an assault in the hours before he was taken to hospital.

“Investigating gardaí have not been able to determine the sole cause of John’s death as being due to natural or accidental circumstances and continue to investigate all the circumstances of this unexplained death,” the spokeswoman said.

“Unfortunately, gardaí have failed to identify witnesses who may be in a position to provide an account of Mr Hannigan’s movements between the time when he left this area until he was discovered in his apartment complex later that day at 6pm,” the spokeswoman said.

Gardaí are seeking to speak to any witnesses, or individuals who have information on the man’s movements on January 3rd.

Mr Hannigan is survived by his parents Paul and Ann, and brother Brian.