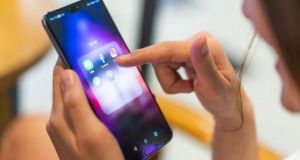 Gardaí raided two homes in Dublin seizing mobile phones and documentation, concerned that people are being lured in by images of ‘the high life’ on social media.

An investigation is under way into the use of social media to entice investment in unregulated currency trading, promising “easy and high” returns on relatively small amounts of money.

On Wednesday, gardaí raided two homes in Dublin seizing mobile phones and documentation, concerned that people are being lured in by images of “the high life” including expensive cars, “high end shopping” and holidays.

Forex, or foreign exchange trading is conducted between a network of buyers and sellers transferring currency, much of which is aimed at making profit.

However, according to gardaí, the Irish entity at the centre of its investigation is not regulated, as required by the Central Bank which declined to comment given the ongoing investigation.

The examination of possible breaches of the Markets in Financial Instruments Directive 2017 relates to whether such unregulated financial advice has been given.

It is not yet clear how many people have been successfully targeted, how much money has been solicited, and how much of it was ultimately invested. Those behind the operation are believed to take a cut of the money received.

Victims are targeted over platforms such as Facebook and Instagram with enticing images of the lifestyle changes on offer to those who part with their money.

It is understood that online promotion is linked to a phone number which, when contacted, allows people to hear a pre-prepared script on why they should take part. A number of complaints have been made to the Central Bank.

“The promoter or influencers use social media platforms to make trading recommendations called signals to individuals as to when to buy or sell financial instruments such as currency using Forex traders,” gardaí explained in a statement. “These influencers usually have a limited understanding of the Forex trading market.

“The promoters and influencers will promote their success in Forex trading by showing images of themselves on social media living the high life; with expensive cars, high end shopping and holidays.”

Associated social media accounts will describe how they have made “easy money” through the investment which typically promises high returns on small investments of usually no less than €400.

“The victim is contacted and invited to link with a trader who will provide the victim with access to trading signals, which purport to provide a recommendation for the best time to buy or sell a currency pair in order for the victim to make a profit.”

Interested parties send money to a trader who then sets up an account and provides advice – further investment guidance is offered if the initial investment fails.

Gardaí have also warned that in cases where victims seek to withdraw money or close their account, this can often be refused and the firm can quickly disappear.

Wednesday’s operation was carried out by detectives from the Garda National Economic Crime Bureau and Tallaght garda station. No arrests have yet been made.