Gardaí search for illegal abattoir after more cattle are stolen

Livestock worth more than €6,500 taken from a farm in Corduff area of Co Monaghan 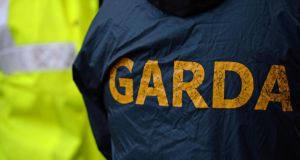 The Garda and the PSNI are attempting to locate an illegal abattoir in which they believe stolen cattle are being slaughtered before the meat is sold to unscrupulous distributors.

The search operation was intensified along the Monaghan-Armagh border yesterday after livestock worth more than €6,500 were stolen from a farm in the Corduff area of Co Monaghan, near Carrickmacross.

Four bulls and one cow were taken from a shed at Lisacullion between 10pm Monday and 8am yesterday.

The farmer’s silver-coloured cattle trailer was also stolen. Its registration number is 99 CN 1514.

Last weekend the Garda asked the PSNI to assist in the cross-Border hunt for livestock stolen from a premises near Ballybay, Co Monaghan. Eight bull calves had been taken from a shed at Baird’s Shore, Ballybay, between Friday night and Saturday morning. All of the animals weighed 500-700kg.

Seventeen cattle stolen from a shed in the same area some months ago have not been recovered.

‘A message must be sent out that’ that gardaí and the public must be protected, says judge