Addresses were identified for searching based on the users’ internet address 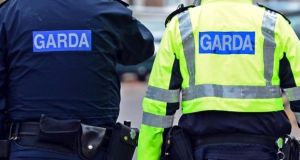 Computers as well as other media devices on which images could be viewed or stored, were taken away by gardaí for analysis

Gardaí have raided 23 addresses across 11 counties where they believe images of child sex abuse were being viewed online.

Computers as well as other media devices on which images could be viewed or stored, were taken away for analysis.

Once the devices have been analysed and the nature and volume of any criminal material on them is confirmed, criminal charges can then be pressed against the suspects.

The latest round of searching unfolded between last Friday and Monday (4th February) and represents the fifth time the Garda has conducted a searching blitz against suspects across the country.

To date five rounds of searches have taken place since the first co-ordinated searches were conducted exactly one year ago.

The announcement of this fifth wave of Operation Ketch searches emerged on Tuesday to coincide with Safe Internet Day.

The addresses raided in recent days were identified for searching based on the online users’ internet protocol (IP) address.

Each time the internet is accessed it must be via a unique IP address. And once IP addresses are flagged as having been used to view criminal images, investigative work by the Garda can match the IP address with a physical property which can then be searched under warrant.

“Operation Ketch 5 is the latest phase of an on-going search and recovery operation targeting suspects involved in the possession and distribution of child exploitation material (child pornography) either through social network sites or via file sharing networks,” the Garda said in a statement.

The Online Child Exploitation Unit (ONCE) at the Garda National Protection Services Bureau is leading the operation.

Gardaí said the latest searches were conducted under warrants issued under the Child Trafficking and Pornography Act 1998 in a number of Garda divisions throughout the country.

The Garda was maintaining close contact with the child and family agency Tusla regarding any child protection concerns that arise. That means if suspects whose homes or places of work were searched have children or access to children, measures would be required to ensure those children were not at risk.

Gardai said six searches were carried in Dublin and six in Cork. There were two searches in Monaghan and Donegal and one in the counties of Clare, Carlow, Cavan, Meath, Louth, Limerick and Kerry.