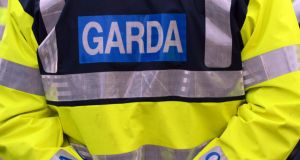 Garda Commissioner Drew Harris said the force had ‘let down’ the victims, the young people and the public generally. Photograph: Eric Luke

Thousands of crimes committed by youth offenders, including a rape, were not prosecuted because the cases were never followed up, it has emerged.

A major investigation into shortcomings in the Garda Youth Diversion Programme has concluded that 7,894 crimes by 3,489 children were not “appropriately progressed” and no final conclusion was reached.

It means five per cent of all of the youth crime recorded by the Garda Síochána in the period from 2010 to 2017 fell between the cracks.

Garda Commissioner Drew Harris said the force had “let down” the victims, the young people and the public generally.

He said the problems had occurred due to organisational and individual failings within the Garda.

The crimes that were never prosecuted were ones deemed unsuitable for the Garda Youth Diversion Programme, but which could have, and should have, been progressed through other parts of the criminal justice system.

In many cases the children would not admit their guilt, which is a condition for having a case dealt with under the youth diversion system.

The 7,894 crimes that were missed by the system, with no action taken against the perpetrators, were committed by 3,489 young people between the ages of 12 and 18 years.

For seven children, more than 20 crimes they committed were missed.

In the vast majority of the cases, the suspects who should have been prosecuted, but were not, were already known to the Garda.

While one of their offences was missed by the Garda, other crimes they committed both before and after the missed offence were dealt with properly.

On average, each child had four previous referrals to the youth diversion programme for committing crime before the offence that was missed by the system.

And they had, on average, ten further referrals involving 17 charges after their one offence that was overlooked.

“You’re not talking about teenagers committing lots of crimes over a period that [Garda] members didn’t act against. The failure to act relates to one of the crimes in a series of offending for these kids,” said one source.

Of the 7,894 crimes that were never progressed – meaning there was no sanction of the perpetrator and no justice for the victim – some 55 offences were serious crimes.

These included one rape, one other sexual assault and one case of child neglect.

Other crimes included those covered by firearms legislation, and homicides and threats-to-kill legislation.

The specific crimes were not clear yet however, though that information may emerge, as Commissioner Harris is set to appear before the Policing Authority on Thursday to answer questions on the controversy.

The findings about serious shortcomings in the Garda youth justice area have been reached after a major nationwide inquiry since 2014, when a garda working in the community engagement area asked the force’s Professional Standards Unit to examine the youth diversion programme.

The following month, the nationwide probe began into the entire youth diversion programme; it has just been concluded.

The team that carried out the examination, under Assistant Commissioner Pat Leahy, found there were 158,521 youth referrals during the period under review, relating to 57,386 children.

In other words, these children were suspected of committing crimes and those crimes were recorded on the Garda Pulse database.

When the details were recorded, an automatic referral of that child and their case was made to the diversion programme because of their age.

The diversion programme seeks to act as the criminal justice system for youth offenders deemed suitable and it focuses on trying to divert children away from crime, and the justice system proper.

And in the other 22,174 cases, there was no evidence of any follow-up action. Some of the inaction was because there was insufficient evidence to charge the child or because the victim declined to make a statement.

However, the internal Garda review has found that in 7,894 cases nothing further happened despite there being grounds, and enough evidence, to pursue the cases.

Since the review into youth crimes was conducted, more oversight has been built into the Garda Pulse database, and the number of cases where no follow-up action is recorded has plummeted.

Since then, changes have been introduced resulting in senior officers examining every day the crimes recorded in an area to assess if follow-up action is needed.

It has also emerged the thousands of offences that should have been prosecuted, but were not, were recorded in the Garda’s crime data as “detected” or solved.

The Garda must now inform the Central Statistics Office so that the State’s official crime figures can be corrected, as the success of the Garda in solving crime has been overestimated.

Garda headquarters is to contact all of the victims and offenders involved to inform them their cases were overlooked.

The Garda will issue apologies and a hotline is being made available for people to contact with queries.