Fraudsters seeking banking information under the guide of updating accounts 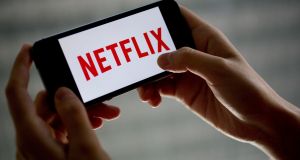 Detectives said members of the public ought to be wary of emails purporting to be from Netflix.

Gardaí have warned the public of a scam whereby fraudsters attempt to obtain personal banking or credit details under the guise of a request to update Netflix accounts.

Detectives attached to the Garda National Economic Crime Bureau said members of the public ought to be wary of emails purporting to be from Netflix seeking such information.

“This is a fake email and any financial information disclosed will be used to commit fraud offences, including account take over, where bank accounts are taken over and all funds withdrawn,” said a Garda spokesman.

“Where a person is concerned at contact from what appears to be a genuine entity such as Netflix or their Bank, they should look up that entity independently and make contact to check if this contact is genuine,” he said.

He also urged the public to “stop and think” before releasing any personal data to persons unknown, and added: “If in doubt, don’t do it.”