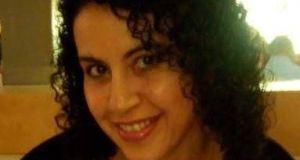 Quadra Abed Abbassi (43) was reported missing to gardaí on Wednesday, but has not been seen since May 14th.

Gardaí have issued a missing person’s appeal for a tourist who has not been seen since she left her accommodation in Cork City last month.

Quadra Abed Abbassi (43) was reported missing to gardaí on Wednesday, but has not been seen since May 14th.

She is described as 5ft 6in in height, of slight build with black hair and brown eyes.

Anyone who may have seen her or who can assist in locating her is asked to contact the Bridewell Garda station (Cork) 021-4943330.

Meanwhile, a separate appeal has been made by gardaí in Coolock, north Dublin for 16-year-old Nathan Kelly.

He was last seen on June 19th in Blanchardstown Shopping Centre. He is described as 5ft 5in height, with blue eyes and fair hair. When last seen he was wearing a black Nike tracksuit, black runners and a black puffer jacket.

Anyone with information is asked to contact Coolock gardaí on 01-6664200. The Garda Confidential Line at 1800-666111 can also be contacted in either case.