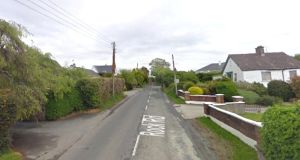 Gardaí are investigating separate burglaries at the homes of two elderly couples, one in Terenure, Dublin and one in Blackrock, Co Louth.

A man and a woman in their 80s were threatened with a knife, hammer and a hatchet before being locked in a room during the burglary in Co Louth on Tuesday night.

Gardaí in Dundalk station are investigating the incident which happened at a house on Rock Road, Blackrock, Co Louth at about 8pm.

“Two men armed with a knife, hammer and hatchet entered the home of an elderly couple,” a Garda statement said.

“They proceeded to lock both persons into an upstairs bedroom before ransacking the house and took cash and a car.”

A spokesman said the couple were taken to hospital suffering from shock and that no arrests had been made.

Rock Road is a quiet country road with individual houses on it. Blackrock is a settled seaside village just outside the town of Dundalk.

The incident occurred at a house on the Templeogue Road at 10.30am. Three men gained entry to the house and restrained the occupants, a man and a woman aged in their 70s.

The men then left the scene in a small white van. Gardaí said no serious injuries were sustained.

Gardaí are appealing for any information, in particular any motorists or cyclists who travelled along the R137 Templeogue Road between 9am and 11:30am on Wednesday who may have dash-cam footage. They are asked to contact Terenure Garda station on 01 666 6400.