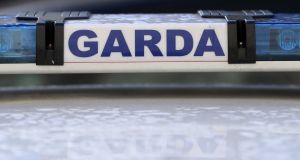 When the payments were made to people in Ireland the cash was quickly transferred out of the Republic to gang members based in other countries. Photograph: Niall Carson/PA Wire

Gardaí investigating an international crime gang, with members living in Ireland and abroad, have identified 28 suspects involved in a fraud to obtain pandemic unemployment payments they were not entitled to.

A large team of gardaí, including members of armed units, carried out surprise searches at a number of properties in counties Clare and Limerick as part the criminal investigation that began six months ago.

Gardaí believe the suspects had used false identification documents to apply for the pandemic unemployment payment, currently up to €350 per week, in a scam co-ordinated by gang members based in Ireland and abroad.

When the payments were made to people in Ireland the cash was quickly transferred out of the Republic to gang members based in other countries.

The investigation into the gang was a joint operation between the Garda and Department of Social Protection and began in May.

“The investigation has identified a suspected international organised crime group comprising of persons based in Ireland and other jurisdictions who have engaged in both identity and fraud offences to obtain PUP monies. A total of 28 individuals were identified as being active participants,” the Garda said in a statement.

The searches conducted on Wednesday in Clare and Limerick involved a large team of gardaí, from the Limerick and Clara Garda divisions, the Garda Dog Unit and the Armed Response Unit.

The search team also involved personnel from the Department of Social Protection, including gardaí seconded to the department, and Customs officials.

“A number of items including documentation and related material have been seized and are currently being examined. The investigation is continuing,” the Garda said.