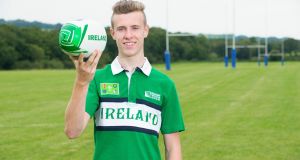 Gardaí investigating the murder of a 20-year-old student in Cork have appealed to anyone with video footage of the fatal assault to contact them rather than posting clips on social media.

Cork Institute of Technology student Cameron Blair from Ballinascarthy in west Cork died at Cork University Hospital after he was stabbed during a row at a house party shortly after 9.20pm on Thursday night.

It is understood that Mr Blair’s attackers may have been filmed by eye-witnesses as they fled up the Bandon Road on Cork’s southside, and senior gardaí on Friday appealed to anyone with such footage to give it to them.

Det Supt Mick Comyns appealed to people not to post footage on social media amid reports clips were being uploaded.

Gardaí formally launched a murder inquiry into the killing of Mr Blair after receiving the results of a postmortem by locum State Pathologist Dr Heidi Okkers, but said they were not releasing the results for operational reasons.

Det Supt Comyns would not be drawn on whether gardaí were following a definite line of inquiry after some people named those they alleged were responsible for the killing in social media posts.

It is understood Mr Blair was fatally injured after up to six youths attempted to gate-crash a party attended by up to 20 people at a rented house beside Bandon Road Post Office at about 9pm.

The six youths were asked to leave and three were ushered out without incident but as the remaining youths were leaving, it is believed one of them produced a knife or blade and stabbed Mr Blair.

Mr Blair staggered up the Bandon Road before collapsing and his friends raised the alarm. Paramedics attended to him at the scene before rushing him by ambulance to Cork University Hospital.

Mr Blair’s parents, Noel and Cathy, had travelled from their home in Ballinascarthy and were by their son’s bedside when he died.

Meanwhile, gardaí took contact details for up to 20 people who were at the house party and took witness statements.

They also carried out door-to-door inquiries on the Bandon Road and surrounding streets, and have begun harvesting CCTV footage from the Bandon Road, Barrack Street, College Road and Magazine Road areas.

According to one informed source, gardaí are confident of making swift progress in the investigation given the number of CCTV cameras in the area.

Garda search teams also carried out searches of waste ground off Noonan Road and other adjacent streets in the area for the weapon used in the attack, which they believe may have been discarded.