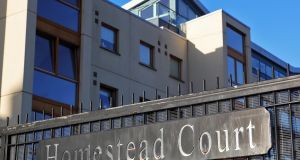 Gardaí investigating the murder of mother-of-two Amanda Carroll have appealed for a taxi driver who picked up a couple in Dublin city centre on the night before her death to come forward.

Ms Carroll’s body was discovered by one of her children shortly after 2.30pm on October 21st at her apartment in Homestead Court, Quarry Road, Cabra, Dublin 7. There were no signs of a break-in.

Gardaí began a murder investigation after a post-mortem determined that Ms Carroll (33) was strangled. She also had some facial injuries.

Her partner Sean Nolan (34) of Ashington Crescent, Navan Road, Dublin has been charged with her murder and remanded in custody.

On Tuesday, the Garda appealed for a taxi driver to come forward.

“Between 11.30pm and 12 midnight on the night of Saturday October 20th, a dark-coloured taxi picked up a taxi fare (man and woman) in the vicinity of Synott Place/Dorset Street and brought them to Quarry Road, Cabra, Dublin 7,” a Garda statement said.

Investigating gardaí have appealed for the taxi driver, or any person who may have information, to contact them at Mountjoy Garda Station on 01-6668600, the Garda Confidential Line 1800-666111 or any Garda station.