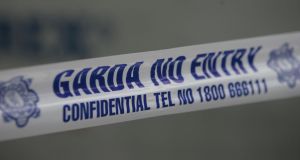 02/08/2011 News The scene at the Players Lounge pub Fairview Dublin which was damaged by fire . Photograph: Bryan O'Brien / THE IRISH TIMES

Gardaí throughout the country will carry out an intense campaign of road traffic enforcement over a 24-hour period this weekend under an initiative named ’Operation Slow Down’.

From 7am on Friday, May 31st, to 7am on Saturday, the operation will focus on raising awareness of the dangers of inappropriate and excessive speed.

Announcing the initiative in Dublin, gardaí said the measure aimed to reduce the number of speed related collisions, and therefore save lives and reduce injuries on the roads.

The number of road fatalities has decreased every year for the past seven years but there have been 11 more deaths to date this year than at the same time in 2012.

Some 75 people have died on the roads to date in 2013. Thursdays and Fridays have the greatest number of fatalities, accounting for more than a third of all fatalities between them, according to official figures.

Fourteen deaths occurred on each of those days this year, while there were 12 deaths on Saturdays and 10 on both Sundays and Wednesdays.

Of the total, 42 of those who died (78 per cent) were drivers, 10 were passengers and 12 were pedestrians. There have also been seven motorcyclists and four pedal cyclists killed on the roads this year.

“We do not want that repeated ever again. Slowing down saves lives, it’s as simple as that. We are appealing to all road users to play their part in keeping themselves and all road users as safe as possible. We want every person to enjoy the holiday weekend and to exercise caution whether you are travelling or staying local,” Mr Philips said.

He said speed limits were “not a target” but were the maximum a motorists may travel on that road, “but only when conditions are perfect”.

“When you are faced with adverse weather, road or traffic conditions, the most effective way to keep safe is to slow down and give yourself more time to adapt to all that is happening around you.”

He said the time lost by reducing speed by 5 or 10 km/h on a long journey was “insignificant”, but the increase in road safetywas “very significant”.

Brian Farrell of the Road Safety Authority said independent research conducted by Behaviour and Attitudes for the authority last year found over half of drivers said it was unacceptable to break the speed limit.

This was welcome, but one in ever 10 drivers said it was ok to break the speed limit by 10km/h o r more - although the number of people in this group was dropping each year.

Of concern was the third of drivers who believed it was acceptable to break the limit by up to 10km/h.

Mr Farrell said those drivers needed to understand that breaking the speed limit by such margins could have “devastating” consequences.

If a pedestrian was hit at 50km/h the chance of survival was “fifty fifty - the toss of a coin”. Nine out of 10 pedestrians would die if hit at 60km/h.

Mr Farrell said there could be as many as eight to 10 people seriously injured on the roads for every fatality - that meant people maimed or suffering spinal injuries or acquired brain injuries.

Some 20 people killed in vehicle crashes last year were not wearing seatbelts.

Mr Philips attributed the drop to the the fact that resources were “down slightly” with fewer members in the force. He said mandatory alcohol checkpoints were now combined with vehicle checks, which meant it took gardaí slightly longer to deal with each member of the public stopped.