One of the largest ever gangs, the group has laundered at least €21m across Europe 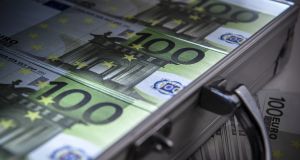 Gardaí have identified 126 members of one of the largest ever organised crime groups working in the Republic which has laundered at least €4.7 million from its crimes in the State.

The same gang has laundered at least €21 million across Europe and is the focus of a major criminal justice inquiry throughout the European Union, The Irish Times has learned.

It is known for meticulous planning, with its members keeping receipts for day-to-day expenses and being reimbursed for same. In the event members of the gang, even junior criminals, are jailed for periods after being arrested, the gang pays small sums of money into prisons for them to spend in jail tuck shops. It also provides for the families of any of its members when they are in prison.

Since late 2018 Det Supt Michael Cryan of the Garda National Economic Crime Bureau has led the Irish investigation into the gang, which has been organised into five “cells” in the Republic; in Donegal, Cork and Dublin.

The gang’s members are all from Romania and most come from Valcea city in the south central region of the country. One gang member on Tuesday was handed down a 3½ year sentence for his role in the organised frauds in which the gang specialises.

They offered non-existent goods for sale on trader websites in Ireland and across Europe including cars, caravans, farm machinery and luxury jewellery. When unsuspected buyers purchased the vehicles or goods online, their money disappeared but their purchases never arrived. The money paid by the victims went into bank accounts set up using fake identifications and other forged documents.

To date, the Garda has uncovered accounts in the Republic opened since 2017 by 71 different gang members using 189 false identifications and into which €4.7 million has been paid and withdrawn in cash by the gang members.

The gang is also under investigation by police forces from the UK, Finland, Poland, Holland, Germany, Sweden, Spain, Croatia and Portugal. It has been linked to bank accounts in Europe, excluding Ireland, through which €21.6 million has passed in the past three years.