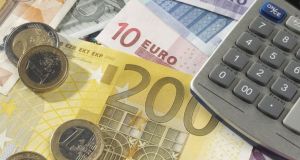 Gardaí and Revenue have been asked to investigate suspected money laundering or terrorist financing involving solicitors on six separate occasions over the past year.

The Law Society, which oversees solicitors in Ireland, must report any suspicions of such offences being committed by a practising solicitor, or anyone who comes to their attention through its oversight of the profession.

According to its latest annual report, it contacted the Garda and Revenue about six suspected offences under the Criminal Justice (Money Laundering and Terrorist Financing) Acts over the past year.

Martin Crotty, chair of the society’s Money Laundering Reporting Committee, also disclosed that gardai were called in a further 10 times over the same period about other suspected offences, including fraud.

Under the Criminal Justice Act 2011, the society is must alert the Garda about any “information in its possession that it knows or believes might be of material assistance in preventing the commission of a relevant offence or securing the apprehension, prosecution or conviction of a person for a relevant offence.”

“During the past year, the committee directed that ten such reports be made,” reported Mr Crotty.

The annual report also details the finances of the Law Society Compensation Fund, set up to compensate clients of solicitors “for losses due to dishonesty by solicitors or their employees.”

It noted an almost €3 million increase in overall expenditure by the fund, mainly down to an “increase in the provision for claims of €2,607,518.”

The net assets of the fund are valued at €23 million.

The society’s Regulation of Practice committee took disciplinary action against 20 solicitors over the past year. Some 12 of these cases related to late filing of accountant’s reports.

Applications were also made to the High Court pursuant to the Solicitors Acts in six cases.

A team of investigating accountants at the society carried out around 400 investigations throughout the year.

It also discloses 14 occasions where it was contacted by the Ombudsman over the same period, whereby it had not upheld complaints or where compensation to clients was refused.