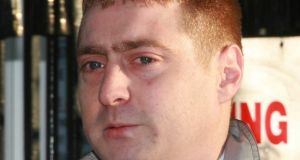 Gardaí are assisting Spanish police in attempting to track down an Irishman wanted in connection with the murder of Carl Carr last year.

The body of the 38-year-old Dublin man was found two weeks ago buried near a motorway on the Costa Brava along with several bottles of bleach.

The Guardia Civil are now seeking the arrest of a 26-year-old Irish man in connection with the death and its cover-up. His identity has not been released.

A European Arrest Warrant (EAW) has been issued for the suspect and an alert has been sent to police forces across Europe.

Sources confirmed the Garda have been contacted by Spanish police and have visited the suspect’s last Irish address in an attempt to track him down.

A Garda spokeswoman declined to comment except to say “An Garda Síochána liaise with all international police forces in relation to the investigation of all crimes.”

Mr Carr went missing on September 16th, 2018 after attending a dance event in the popular holiday resort town of Torrevieja. Guardia Civil investigators believe he was beaten to death in his apartment the night he went missing.

They suspect a knuckle-duster was used in the beating and that the scene was cleaned with bleach afterwards.

An Irish man, Wayne Walsh (31), is currently in Spanish custody in connection with the death. Mr Walsh, who is originally from Kilkenny, shared an apartment with Mr Carr.

Police believe the victim may have been killed in a dispute over a woman. Another line of inquiry is Mr Carr was killed due to his connections with the drug-trade.

He was thought to have been a mid-level cannabis dealer in Spain. In 2008 he was one of three men jailed in Ireland after being caught with heroin and cocaine worth €1.43 million. He received an eight-year sentence.

Mily Leonard, a 23 year old British model, and Natalie Edwards, also from Britain, have also been detained on suspicion of helping to cover-up the killing. A Spanish man who has not been identified has also been arrested.

Spanish police found a 9mm handgun during searches conducted after Mr Carr’s body was found. They do not believe it was used in the murder and are still trying to determine its owner.

None of the four suspects in custody have been charged with an offence. Under Spanish law, suspects are detained while a judicial investigation takes place and are only charged immediately before their trial.

A sixth suspect, a British woman accused of lying to police, is also facing charges but has not been detained.