Suspects arrested for questioning about crimes including theft, assault, fraud and burglary 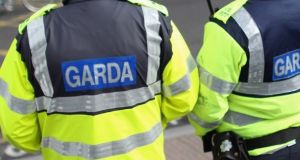 Gardaí in the Carlow-Kilkenny area have arrested 18 people on a day of action targeting known criminals in the counties.

The suspects were arrested for questioning about a range of crimes including theft, assault, fraud, burglary and criminal damage.

Local gardaí were supported by armed colleagues from the Armed Response Unit.

Of the 18 detained, 10 people have already been charged with a variety of offences. They will appear before the courts in Carlow and Kilkenny in the coming weeks.

The arrests were made during a so-called Garda ‘day of action’. These are held regularly nationwide to target suspects allegedly committing crime at local level and about whom the Garda has gathered intelligence.

A Garda statement said the day of action was aimed at “disrupting criminal activity and enhancing community engagement”.

As well as local gardaí, some 25 trainee gardaí from the Garda College, Templemore, Co Tipperary, also took part in the operation.

Some 36 checkpoints were erected to target the movements of local criminal groups.

And five vehicles were seized because they did not comply with road traffic regulations.

“A number of community engagement activities took place during the day, including road safety workshops at a local schools,” the Garda said in a statement.

“The Garda Mounted Unit visited a number of primary schools in the area and a crime prevention stand was set up at Carlow shopping centre.”

The Garda days of action are intended to use Garda resources to act on as much intelligence as possible against a large number of suspects during the same operation.

The days of action have also been used to demonstrate to local communities that any information supplied by them will be acted on and to generally foster good relations between local gardaí and the people in the areas they police.