One woman was sexually assaulted near City Hall, another in Glenamaddy 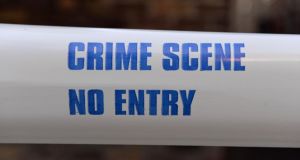 Gardaí in Galway have appealed for witnesses after a woman was sexually assaulted in the early hours of Tuesday morning.

The incident happened between 2.30am and 3.30am near City Hall on College Road, a short distance from Eyre Square.

The woman was walking alone when she was attacked by a man. The victim managed to alert gardaí and was taken to the city’s sexual assault treatment unit.

Gardaí at Mill Street (tel: 091-538000) have appealed for witnesses. They carried out door-to-door inquiries on Tuesday and are examining CCTV footage in the area.

Meanwhile, a man was being questioned at Tuam Garda station in relation to a sexual assault on a young woman in north Co Galway at the weekend. The incident happened at Church Road in Glenamaddy between midnight and 1am on Sunday morning. Gardaí at Tuam (tel: 093-70840) have appealed for witnesses to contact them.