Five held as gardaí move against organised crime in Limerick 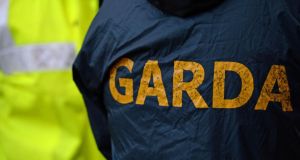 Four men and a teenage girl have been arrested by gardaí investigating organised crime and burglaries in the Limerick region.

Four men and a teenage girl have been arrested by gardaí investigating organised crime and burglaries in the Limerick region.

The men, aged between 19 and 27 years, and the girl (17) were detained this morning following a series of searches in counties Limerick and Tipperary.

The arrests came as part of Operation Fiacla, a garda plan put in place almost two years ago aimed at gathering intelligence on gangs that travel around the State planning an carrying out burglaries.

Operation Fiacla was instigated following a prolonged period in which burglaries continued to rise significantly despite a decline in almost all other forms of crime since the onset of recession.

The five are being detained at Garda stations in Limerick and in Nenagh, Co Tippeary under Section 50 of the Criminal Justice Act 2007.