Family issue appeal over disappearance of Mayo woman 20 years ago 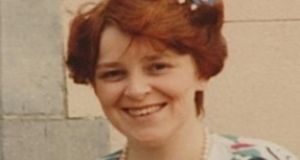 Sandra Collins was aged 28 when she disappeared from her home in the seaside village of Killala on December 4th, 2000. 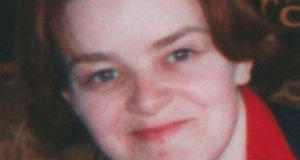 Sandra Collins was aged 28 when she disappeared from her home in the seaside village of Killala on December 4th, 2000.

The family of a Mayo woman who has been missing presumed murdered for 20 years have appealed for information on the case and said they would never stop their search for her.

Sandra Collins was aged 28 when she disappeared from her home in the seaside village of Killala on December 4th, 2000. She was last seen at about 11pm after she bought chips in a local takeaway and a pink fleece, later identified as hers, was found on the pier in Killala.

Despite a major and lengthy search, her body was never found, though her family insist she was not depressed or in any crisis and would not have taken her own life. Gardaí are treating the case as suspected murder.

On the 20th anniversary of her disappearance, Chief Supt Tony Healy of the Mayo Garda division said gardaí have kept the case open and urged anyone with information to come forward. He said the Collins family had suffered pain for decades and progress in the case could ease their plight.

Patrick Collins, the missing woman’s brother, said his family and gardaí were especially keen to find out where Sandra, who worked as a carer for her aunt, had been for a period of about three hours before she was last seen alive.

He said people who spoke to her said she was not distressed and was not wet, despite the rain and high winds on the night.

Mr Collins said it seemed clear to him his sister had been indoors for a period, adding she bought enough food in the takeaway for two people.

“Our parents, Eleanor and Joe have gone to their graves far too soon due to emotional stress and the anguish they carried over our beloved Sandra. Nothing but nothing can be as bad as not having Sandra’s remains back,” he said.

“I have dreamt of a small family funeral for Sandra. I wake up with tears running down my face and yet realise it will be one of the greatest days of my life. I can visit her grave. We will have her home. We can talk to her at her graveside. We can lay flowers. We can grieve. Please give us our sister back.”