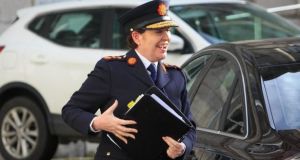 Garda Commissioner Nóirín O’Sullivan’s testimony to the Public Accounts Committee (PAC) about financial irregularities at the Garda College in Templemore has been contradicted again.

Cyril Dunne, the former chief administrative officer at An Garda Síochána, told the PAC on Wednesday that Ms O’Sullivan was informed about issues at Templemore in the first week of July, 2015. Ms O’Sullivan, who is due before the PAC next Tuesday, told the Committee previously she first became aware of the issue on July 27th, 2015 and acted immediately.

“Roundabout the first week of July, I told her John Barrett [Garda head of Human Resources] had identified issues in Templemore, that I needed to get more information. I told her I would be going down to Templemore myself and that I would brief her when I had more detail,” Mr Dunne said.

When asked what the Garda Commissioner’s response was when informed by Mr Dunne, he said “she was happy with the approach I was taking” and that there was “no discussion about her time in the Garda College”.

Ms O’Sullivan said previously there was a brief exchange with Mr Barrett over tea on July 27th, but he later contradicted this at the PAC claiming it was a two-hour meeting.

Mr Dunne said he couldn’t remember specifically how long the meeting lasted, but that it was somewhere in the region of half an hour.

Labour TD Alan Kelly said “it’s bloody well incredible there was such a range of views” as to how long the meeting went on for. He said the meeting is “going to go down in history”.

Mr Dunne said he first became aware there were issues at the Garda College when he was informed by Mr Barrett in the last week of June and subsequently informed the Commissioner. He informed the audit committee six weeks later in September 2015, explaining “we needed to get a lot more information than we had at that time”.

Mr Dunne had difficulty recalling what salary he was on during his tenure from mid-2013 until the end of 2015, estimating it was in the €160,000 region.

The Comptroller and Auditor General Séamus McCarthy told the Committee “I think I would take a different view to Mr Dunne” and a matter of this nature and seriousness “should be raised immediately with the audit committee”.

The PAC also heard from Barry McGee, who works in the finance directorate of An Garda Síochána and completed an audit on similar irregularities in 2008.

Ms McDonald brought an email to the attention of the Committee compiled by Mr McGee to Mr Barrett in 2015 in which he said he understood there were breaches and spoke about needing “to solve this quietly without risking exposure”.

Mr McGee said on reflection he acknowledged it was “not a suitable email” and that “if I could retract it I would”.

“You were in no doubt Mr McGee, the law was being broken,” the Dublin Central TD said.

“The game here was to deal with this quietly,” she added. Ms McDonald told Mr McGee that she didn’t think it was his idea “to solve this quietly” and that the PAC “might have to have you back in again”.

Former chief superintendent Anne-Marie McMahon, who also acts as the Director of the Garda Síochána Sports Field Company Ltd, said she didn’t submit a return to the SIPO [Standards in Public Office] initially following informal guidance she received, but later did.

Ms McMahon, now an Assistant Commissioner said: “My role as director did not impact on my role as a chief superintendent . . . I got no benefit from it, good, bad or indifferent.”

She said her role as a director of the company “did not and does not impact materially on my role in An Garda Síochána”.

Labour’s Alan Kelly said “you don’t have material interest, but you didn’t adhere to law”.

“How a director of company didn’t meet those requirements at the level you’re at doesn’t stand up . . . These are requirements that have to met under law and they haven’t been met,” Mr Kelly added.