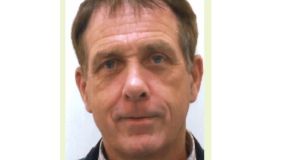 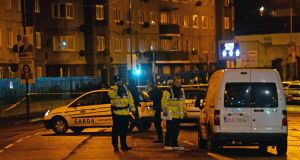 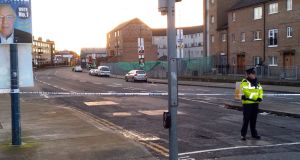 Gardaí at the scene of a shooting at Poplar Row, North Strand, Dublin. Photograph: The Irish Times 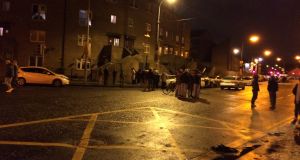 Scene of shooting at Poplar Row on Dublin’s north side. Photograph: Olivia Kelly 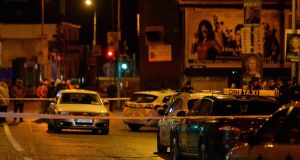 The father and taxi driver, who was in his 50s, was the latest victim of a feud between a gang loyal to murdered criminal Gary Hutch and one led by international drugs trafficker Christy Kinahan.

Eddie Hutch was killed despite additional armed Garda checkpoints and patrols put in place to quell the violence.

Ms Fitzgerald took the unprecedented step of urging members of the gangs, who have launched fatal attacks on each other since Friday’s attack at Dublin’s Regency Hotel, to present themselves to the Garda if they feared for their safety.

But while she was due to meet Garda Commissioner Noirín O’Sullivan on Tuesday to discuss the sharply escalating violence she conceded the public needed to recognise the challenge posed by the gangs involved.

“Tonight’s fatal shooting in Dublin is another deplorable example of the ruthlessness of gangland criminal,” she said.

“It seems that some gangs are intent on waging a feud where human life counts for nothing.

1: Portland Row, where one man was shot dead on Monday at 7.45pm

3: Regency Hotel, scene of Friday's attack by up to six gunmnen which left one dead and two injured

“The gardaí will take all necessary steps to try to prevent further bloodshed but we have to recognise the challenges they face. Members of gangs who have fears for their safety should come forward to the gardaí.”

Four men burst into the home of Eddie Hutch on Poplar Row in the north inner city and shot him dead in the hallway of the house at about 7.45pm. He was hit several times and died immediately.

Gardaí say efforts had been made to set fire to a car seized close to the crime scene shortly after the shooting and they believe it may have been used by the killers.

A number of balaclavas, a can of petrol and other items were found in the silver BMW which was abandoned at St Patrick’s Parade, Drumcondra.

Eddie Hutch was known to the Garda, but for mostly minor crimes. He was not a gangland figure, was not regarded as violent and was not believed to be criminally active.

In the late 1990s he was targeted by the Criminal Assets Bureau over allegations he helped his brother Gerry Hutch, known as The Monk, to launder the proceeds of robberies.

Their nephew, drug dealer and armed robber Gary Hutch (34), was shot dead in Spain last September. He was once a member of the Spain-based major Irish drugs cartel led by Dubliner Christy Kinahan and was killed because they believed he was an informer.

Last Friday a six-strong gang, three armed with AK47s and two with handguns, attacked members of the Kinahan gang in the Regency Hotel as revenge for Hutch’s murder.

Monday night’s murder is believed to have been carried out by members of the Kinahan gang as revenge for Friday’s shooting.