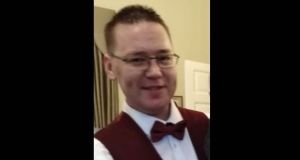 A woman came out of her home and stabbed a man to death in a row over a parking space while her husband and children were inside the house unaware of what was happening on the street outside, gardaí believe.

The man who died in the attack near Citywest, Co Dublin, on Tuesday morning had not been officially named by the Garda last night but was named locally as Garreth Kelly, a 39-year-old with an address in Tallaght, Dublin.

A woman – a mother of three – was arrested close to the crime scene on suspicion of murder and she spent most of her period in custody on Tuesday being mentally and physically examined by medics.

Gardaí are trying to establish if a mental health condition was a factor in her alleged fatal attack on Mr Kelly as he tried to start his car to leave for work.

He was attacked at Brownsbarn Wood estate, in Kingswood near Citywest, Dublin 24, just before 7am. His body was found lying between his car and another vehicle on the street.

He did not live on the estate but had parked his car on the street overnight. Gardaí believe he walked into the housing estate early yesterday morning to collect his car but it was unclear where he had walked from or why he had left his car there overnight. When he attempted to start his car on Tuesday morning, it would not start so he opened the bonnet and attempted to use jump leads to start the vehicle.

As he was working on the car, which was parked outside a number of houses, he was stabbed multiple times before slumping to the ground, where he died.

When the emergency services arrived at the scene, they found Mr Kelly dead while the bonnet of his car was still open with jump leads attached.

The female suspect, who is in her 30s and lives very close to the scene, was arrested under section 4 of the Criminal Justice Act by gardaí from Clondalkin station.

Gardaí have been told by some residents on the estate the car space Mr Kelly was parked in, which was not beside the property he spent the night in, had been at the centre of a number of disputes in the past.

Detectives are trying to establish if the killer objected to Mr Kelly parking in that space and fatally attacked him as a result. There was no known relationship between the arrested woman and the dead man.

Local residents said they were shocked by the incident, adding it was a quiet estate where “nothing like this had happened before”.

One man, who lives in the estate next to Brownsbarn Wood but did not wish to be named, said he “could not believe it”.

“We have had a couple of incidents in Citywest but we’ve never had anything down here. It’s a good, quiet estate. We were messaging into the Whatsapp group this morning and we just couldn’t believe it was so close. We couldn’t believe it happened here,” he added.

In a statement, gardaí said they were “investigating all the circumstances surrounding the fatal stabbing”. The arrested woman must be charged or released from custody without charge on Wednesday.