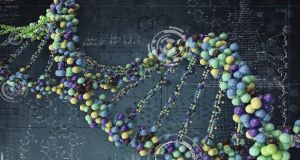 The new DNA database will be operational from next Friday.

Gardaí will be permitted to take bodily samples such as hair and saliva from crime suspects from later this month for a new DNA database.

Minister for Justice Frances Fitzgerald signed the commencement order for the legislation enabling the database on Friday and it will come into operation on November 20th. It will be based at Forensic Science Ireland (FSI) in Phoenix Park.

Ms Fitzgerald said it was a historic step in criminal investigation in Ireland. The database would also assist in finding and identifying missing or unknown persons, she added.

“The new DNA database is a hugely significant development in assisting the Garda Síochána in the investigation of crime,” she said.

A crime scene index within the database will contain DNA profiles generated from biological samples lifted from crimes scenes whether before or after the legislation came into force.

The types of samples that may be taken from individuals are restricted to the least intrusive samples, including mouth swabs or plucked head hair.

The Criminal Justice (Forensic Evidence and DNA Database System) Act 2014 sets out the information to be given to a person before a sample is taken in the case of compulsory samples and before consent is sought in the case of voluntary samples.

Generally, samples may only be taken for offences with a penalty of five years imprisonment or more.

Codes of practice for the procedures to be followed regarding the taking of samples have been drawn up by An Garda Síochána, the Ombudsman Commission, the Irish Prison Service and the Irish Youth Justice Service.

“It is vital that our police force has all it requires, including the most modern technology, to protect the State and its citizens from crime,” Ms Fitzgerald said.

“This high quality intelligence tool will be invaluable in the fight against ‘volume crime’, such as burglary and theft, and also in the investigation of serious offences against the person.”

Some €1.3 million was allocated to FSI in the Budget to meet staffing needs and the new demands it will face managing the database.

Director of the Irish Council for Civil Liberties Mark Kelly said: “There is an entirely legitimate public interest in the creation of a DNA database that makes it easier to catch criminals; however, the sampling, retention and sharing of DNA requires special safeguards to ensure that the private lives of innocent people are protected.

“Human rights law provides benchmarks that facilitate this review process and the ICCL will retain a close interest in the operation in practice of this new system.”

Man shot in Limerick 11 years ago jailed over gun found after car chase 18:47
Covid-19: Face masks should not be compulsory for primary school pupils, Hiqa says 18:47
Vaccine target to fall short by 25,000 this week, HSE says 18:46
Four stillbirths among women with Covid-19 prompt alert to maternity staff on precautionary basis 19:25
People with mental illness should be treated close to home, says health body 17:59