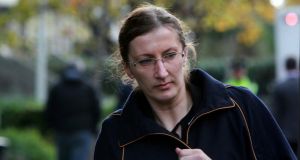 Joanna Witkowska (34) was the deputy manager of the Giraffe crèche in Stepaside when two toddlers wandered out of the gate and were found unharmed next to a stream. Photograph: Nick Bradshaw/The Irish Times 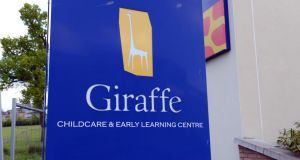 A separate case brought by the child and family agency Tusla against the Giraffe crèche itself was rescheduled for November 20th. Photograph: Eric Luke / The Irish Times

A charge of wilful neglect against a crèche worker after two toddlers wandered out of an open playground gate at the Giraffe crèche in Stepaside in Dublin has been dismissed.

Judge Hugh O’Donnell said the evidence was insufficient to support a conviction in the district court in Dun Laoghaire in Co Dublin this morning.

The incident which gave rise to the case occurred at the Giraffe crèche in Stepaside on July 23rd last year.

The defendant, Polish-born Joanna Witkowska (34), with an address at the Wingfield Apartments in Stepaside, was the deputy manager of the crèche.

Ms Witkowska was charged with an offence of wilful neglect under the Children Act of 2001, which carries a fine of up to €1,500 and/or up to a year in prison.

She had denied the charge brought against her for opening a playground gate and allowing it to remain open and unsupervised.

Two toddlers wandered out of the gate, across a road and behind an apartment block, where they were found, unharmed, next to a stream.

Judge O’Donnell said there was no evidence the two toddlers were harmed, so he had no option but to dismiss the case.

Ms Witkowska made no comment outside the court after the verdict.

Separately, a case brought by the child and family agency Tusla against the Giraffe crèche itself, originally scheduled for February 11th, was rescheduled for November 20th.