Three companies fined over calls and emails to customers 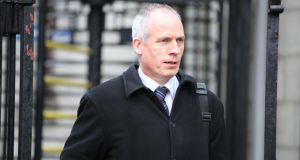 Three companies have been

Energy company Airtricity Ltd, clothing chain Next and Pure Telecom are the latest firms to be successfully prosecuted at Dublin District Court by the office of the Data Protection Commissioner.

The case was taken after the watchdog received complaints from members of the public about being contacted for marketing purposes.

Judge William Hamill noted yesterday the companies had pleaded guilty at an early stage to charges under the electronic privacy regulations*, and had contributed to the costs of bringing the case. But he refused to spare them recorded convictions. Pure Telecom was fined €500, Airtricity has to pay a €75 fine and Next was fined €100.

However, that did not work and on February 25th and February 28th last year she received more marketing emails from the company. “One of them was a gift idea for mother’s day,” Mr Delaney said adding that they were, “typical marketing emails but clearly when she had opted out she should not have been getting them”.

Judge Hamill noted the company had no prior convictions and that Next had used a third-party company to handle the unsubscribe process but has since stopped dealing with them.

In relation to Pure Telecom, Mr Delaney said his office received a complaint from a man with an ex-directory phone number who had received two promotional cold calls last March.

Judge Hamill was told Pure Telecom had been fined €1,250 in 2010 for a breach of data protection regulations. The company’s director Paul Connell said the calls came from a third-party agent which has since been dismissed, and he apologised to the complainant.

The court also heard a man with an ex-directory phone number had received a call on May 10th last offering a promotion on behalf of Airtricity which had then been using a third-party sales company to handle a promotion.

Judge Hamill heard this company had been using an old computer with an out-of-date call list from 2009.

The court heard Airtricity had no prior convictions but had been given a formal warning in 2010 in relation to other complaints.

Gardaí recover €1.8m from money mule bank accounts in major investigation 16:15
Government accused of treating student nurses like ‘slave labour’ 15:59
National Missing Persons Day: ‘You don’t ever give up hope’ 15:53
Three to remain in jail until they agree to stay away from Roscommon farm – court 15:38
HSE doubts private hospitals will agree new deal for Covid-19 surges 15:21