Supreme Court to rule on fishermen’s appeal over mussel stocks 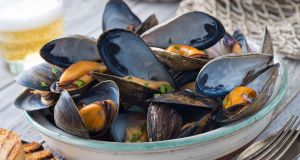 A seven judge Supreme Court will rule later on an appeal by four mussel fishermen and shellfish farmers against the rejection of their claims the State unlawfully disposed of mussel seed to Northern Ireland vessels and UK shellfish farmers.

The four claim “aggressive and unsympathetic” fishing by NI vessels has caused the loss of a sustainable Irish mussel industry which could have employed hundreds of people. Losses to the State in earnings from export of mussels over the past 12 years could be as much as €200 million, they allege.

They claim they are facing financial ruin as a result of alleged disastrous depletion of mussel seed stocks caused by allowing boats from outside the Republic dredge for see off the east coast of Ireland.

The court heard they invested some €16 million for four state-of-the-art mussel dredging vessels and each received a State grant of approximately €1.4 million, having qualified for EU-backed aid.

All four were required to first submit aquaculture business plans which they said were based on their legitimate expectation sufficient mussel seed would be available to support the enterprises and repay loans on the vessels.

The High Court dismissed their claims and their appeal against that decision is the first here to by-pass the Court of Appeal, which began hearing appeals last year, and ‘leapfrog’ to the Supreme Court. The appeal concluded after two days yesterday and judgment was reserved.

A core issue in the case is the men’s claim that Northern Ireland boats cannot fish in Irish territorial waters unless there are express laws to that effect. There are no such laws, it is alleged.

In his High Court judgment dismissing their case, Mr Justice George Birmingham rejected arguments that alleged overfishing by NI boats is either illegal or unconstitutional. He also dismissed arguments that mussel seed is an Irish natural resource.“owned” - as opposed to managed or licensed a by the State.

The all-Ireland dimension to fishing is so entrenched, dating back some 50 years, that it is “inconceivable”, having regard to the doctrine of the separation of powers, a court should now set it aside, he said. Any change was a matter for the executive and/or the legislature, not the court, he added.

The High Court found arrangements permitting NI boats to fish in Irish territorial waters have the status of an international arrangement which does not require Dáilapproval. Other arguments that the arrangements do not permit the type of fishing currently being carried out by NI boats, including fishing by boats 75 feet long, were also rejected.

1 Varadkar says Sinn Féin and Fianna Fáil should form coalition
2 Johnson adviser quits over comments on eugenics and race
3 Rape victim verbally abused in courtroom after two men are jailed
4 Former UUP leader: Unionism must realise it is no longer a majority in Northern Ireland
5 Forget a grand coalition – here is what the next government will most likely look like
Real news has value SUBSCRIBE